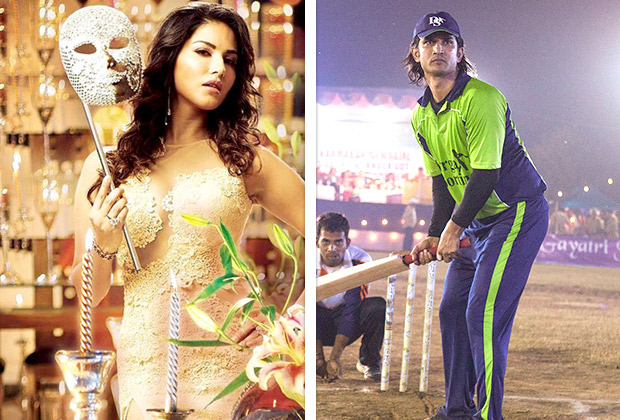 It would be Dhoni, and only Dhoni who would be arriving on the big screen this Friday. Though earlier there were indications of Sunny Leone's Beiimaan Love to be releasing on the same day as well, any such plans have been quashed.

Confirms our source, "Yes, the film has now been pushed all the way to October 14." Reason for this is twofold. First and foremost, Neeraj Pandey’s M.S. Dhoni - The Untold Story is releasing on a record count of screens, which means there is just no chance for any other film to be finding any space in theaters. The only film which would still have some sort of visibility is Pink but beyond that there is just no demand for any other film. Even if Beiimaan Love would have wanted, it wouldn't have got more than two-three shows per screen, which would have been pretty bad for it.

"The other reason is lack of promotions," our source adds, "Have you seen Sunny Leone or her co-star Rajniesh Duggall talk about the film anywhere till now? There has just been no plan put together for the film. The songs have been all over though, and they are catchy too. However, media interactions have just not picked up so far. It would have made sense for the film to be pushed ahead, instead of seeing a haphazard arrival."

In any case, Sunny too would want a well-rounded marketing strategy and release in place for the film, and its arrival this Friday itself wouldn't have helped the cause.

"Her last hit was Ragini MMS 2 [2014] and ever since then she has delivered flops in Ek Paheli Leela, Kuch Kuch Locha Hai, Mastizaade and One Night Stand. Her Tina and Lolo is stuck forever since one can remember while Beiimaan Love too has been delayed for many months now. She needs a Box Office success badly and to arrive alongside the Sushant Singh Rajput starrer would have been professional hara-kiri," our trade expert adds.

While one waits to see if the makers of Beiimaan Love would now make use of the three weeks available to them and pitch the film correctly, for Sunny Leone fans there is a double treat awaiting on October 14. Reason? A non-starcast affair Fuddu releases on the same day and the film (again a delayed affair) features her special song appearance (‘Tu Zaroorat Nahi Tu Zaroori Hai’) with Sharman Joshi.