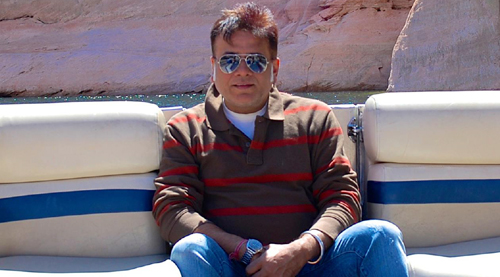 After I had made Ragini MMS 2 with Sunny Leone, Kumarji (Mangat) called me. He told me that he had rights for remaking a Thai film and wanted me to see it. The thing that struck me was the story and not just the horror element. Horror can be anywhere but for that to happen, then story is more important.

Not many know but I have shot a show for Sony TV on conjoined twins. I am the only one who has done that. It was about a mother and her two children. When I saw the Thai film, I thought it was a very good idea. It is about a broken promise that leads to one sister terrorizing the other. The promise they made was to never separate. What unfolds in the story and why one comes to terrorize the other is the crux of the film. The emotional bond between the two girls is so strong.

I have adapted the screenplay to suit the taste of Indian audience. Due to this, Alone has become better than the Thai film. After all, the way we look at ghosts and the way people get possessed is different. The story has a lot of potential.

I am fortunate to work with some able actresses in each of my three films. Tia Bajpai has been a fine actress. You can't take away the talent from her. She has done well in Haunted and then my 1920 Evil Returns. As for Sunny Leone, she gave it all for Ragini MMS 2. When she came in the film, she was new to the industry as well as Indian culture. She didn't understand Indian emotions. She needed time to see what I was looking at. On the other hand, Bipasha Basu has been around for long. She is trained, so I had to speak much lesser with her during Alone. In case of Sunny, it was a lot more.

I always remember (Mahesh) Bhatt saab in such cases. He used to say that talent has to be inside a person and it is a director's job to bring it out. Aap acting kisi ke andar daal nahi sakte. I hate people who actually act-act. I always tell them - 'Acting mat karna meri picture mein, feel the thing from inside. Acting dimaag se nahi dil se hoti hai'. If you feel the moment, then anyone can act.

If the director can create that feeling and atmosphere around then the job is half done. Bipasha is a trained actor and if I can add my two bits then what comes out is Alone. She has done so well. After a point she surrendered as she knew what I was doing. She is a thorough professional. This is one of her best performances till date.

As for Karan Singh Grover, I never got an opportunity to work with him on TV. I had just met him once in Vikram's (Bhatt) office. I always wanted to work with Karan as I thought that he was star material. I wanted it so badly and then I got to launch him. He is outstanding in the film; he doesn't look like a newcomer. Industry will have another superstar, he is a Greek God. He is superb as a performer.

When I put his name across as the next superstar, it didn't take too long to convince Kumarji. Bipasha also liked it. He was a big star on TV anyways; he has a huge girl following. They would be very happy to see him on screen. He is here to stay in the industry. I would like to make more films with him.

While both 1920 Evil Returns and Ragini MMS 2 were franchises, Alone is a new film and hence it was a big pressure for me. I had to live up to my own expectations. Somewhere in my mind I said that for Kumarji I had to make sure that Alone turns out to be a franchise. I had to live up to my potential. It is not just because of the franchise factor that my first two films were hits. If this one works then I would be able to put my own demons to rest. I had to prove that I was good enough. A hit film always becomes a franchise. When you give a producer a hit then it is a franchise for future. I have to give him a hit film.