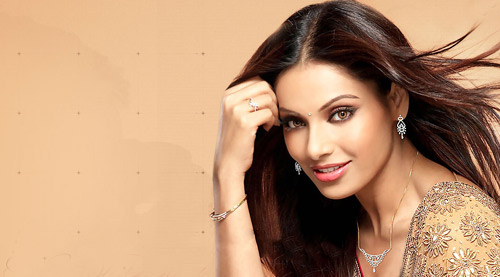 It is no coincidence that Karan Singh Grover who pairs with the hottie Bipasha Basu in Alone resembles Shashi Kapoor.


Grover's role in Alone has a direct relation to a film that Shashi Kapoor did 44 years ago.


From one Bangla diva to another? Is Bipasha Basu in Alone playing a variation on the role that the ethereal Raakhee Gulzar played in director Sameer Ganguly's Sharmilee?


The concept of the twin sisters playing havoc in the life of the man who falls in love with one of them was bold and untried in the 1970s.


Recalls the reclusive Raakhee, "I was very new at that time. I think Sharmilee was offered to more established actresses. They had reservations about playing the bad twin."


Times and morality have changed. Bipasha sunk her teeth into the wicked twin's role with relish.


The Good Girl-Bad Girl twins first showed up in Sharmilee when Shashi Kapoor who looks like what Karan Grover tries to, fell in love with the Good Twin but ended up marrying the Bad Twin thinking she's the Good Twin.


Says Bipasha, "It was an emotionally draining experience. I had to not only play conjoined twins. I was avoiding doing the film for as long as I could. Not only was the role physically challenging, it was also very taxing emotionally. Playing the ghost I had to stand in front of the camera and snarl and let liquids flow out of my mouth. I didn't know how to do it. But my director Bhushan Patel guided me well."


Uncanny likeness between Raakhee and Bipasha:


Besides both being Bangla 'bong'-shells who have played good-and-bad twins, Bipasha moved into the same address in Juhu where Raakhee used to live. Raakhee's bungalow Muktangan where she once lived is now high rise building in which Bipasha Basu owns a penthouse.