On February 20, 2015, a mini-revolution came in Hindi cinema: a film in which the hero was a vendetta machine with a difference: he had no scruples whatsoever, unlike the classic Hindi film hero in a revenge drama. 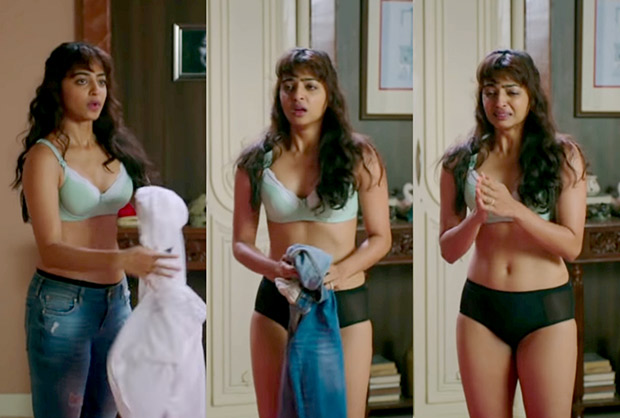 Sriram Raghavan, the man behind chiller thrillers like Ek Hasina Thi and Johnny Gaddar, who had acquired a reputation for rare finesse in dark-hued thrillers, had burnt his creative fingers in the potboiler actioner Agent Vinod.  Badlapur was not only the film that made him, but leading man Varun Dhawan, hitherto known for frothy romantic successes like Student Of The Year, Main Tera Hero and Humpty Sharma Ki Dulhania, shocked his fans—pleasantly, of course—with an intense, dark performance that had nothing of the star his fans knew.

“Varun is hungry as an actor,” says Sriram. “He wants to do more and more and I liked his enthusiasm, which is why I thought of him for Badlapur. “The actor has often said that he likes dark, offbeat movies, and Sriram agrees. “Yes, I know that. He mentioned that he loved movies like Dexter, and I am happy that today’s young actors like all these things, because of their exposure to such cinema. What made me sure of choosing him was when he asked me, ‘Do you think I can do it?’”

Varun had to undo and unlearn everything from his first three movies to etch the character of Raghu. Says Sriram, “The idea was to believe in the story, which was a risky subject, and not think of the box-office at all, but do justice to it.”

The story was powerful but dark, which is why Sriram was politely turned down by producer Sanjay Routray, a friend. Then the director met producer Dinesh Vijan by chance, and he found it worthy enough to produce. Dinesh is now also producing the next Sriram-Varun film.

Sriram admits that the film was based on an Italian story by Massimo Carlotto that was adapted by Pooja Ladha Surti, Arijit Biswas and him. “We hardly changed anything in it, though we let the characters find their idioms,” he says. “Pratima Kazmi, who played Nawazuddin Siddiqui’s mother, was an exception where the role was developed much more, both for a dramatic high and the emotional connect for the Indian audience.”

The casting was about good actors, not crowd-pulling stars. Nawazuddin Siddiqui was excited when the role was narrated to him, and Yami Gautam, Divya Dutta, Radhika Apte and Huma Qureshi came in because they were good actors who fitted their characters.

Many viewers have watched the film repeatedly, but cottoned on to the significance of the Maruti 800 car being towed away by the traffic police in the very first scene only on a second watch, if that. Laughs Sriram, “Yes, I know that in India, we have to spoon-feed the audience, which I did not!  But that’s my favourite shot in the film, though some people did not get it. So many things are happening in it on a normal morning in Pune. Then there is a poster of Lagaan seen in it, as I wanted to place the time zone in 2001.” 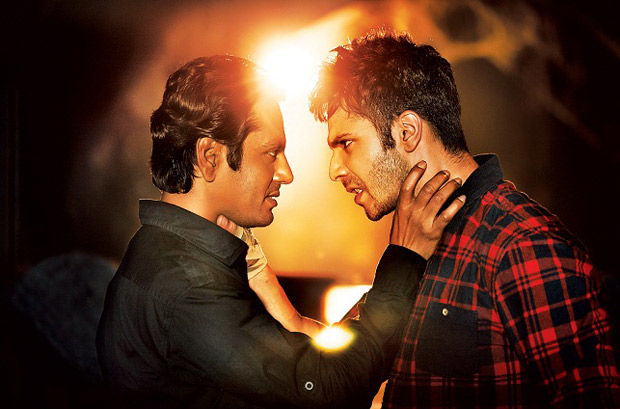 What else does Sriram look back on now? “The fact that we shot in Nashik Jail, though most of the film was filmed in Pune. I remember we had to go in wearing a billa (prisoner’s badge) and without removing it we could not leave the jail premises. They had given us one area where we could shoot.” Junior artistes did the roles of the prisoners, but they would watch the real ones from afar and get ideas to enhance their performances.”

Sriram was keen on an ‘Adults Only’ certificate though the producer naturally wanted an ‘U/A’ for a bigger audience. However, the director was pleasantly surprised when only one swear-word was muted and even the bold sequences were kept intact. “The censors like the film, though we later did a U/A cut for television,” reminisces the director.

The message the film gave was that revenge could make a good person bad and sometimes worse than the perpetrator of the act for which the revenge is taken. Did Sriram have any other message in mind here? “Yes, I agree that it was an “anti-revenge” film! The other point I wanted to drive home was that there is some good and some bad in everyone. I wanted to say that revenge was not always a catharsis. I am myself a great fan of films like Ghayal, but revenge can have such implications as well.”

Initially, the film was not to have any songs, and Dinesh and Sriram went to Sachin-Jigar for the background score. “But they came up soon with such lovely tunes that the three songs, ‘Jeena’, ‘Jee karda’ and ‘Judaai’ became the highlights of the film,” says the filmmaker.

Unlike his first two films, Badlapur did commercially well and put Sriram in a better position as a filmmaker. “When the movie was released, I visited the Gaiety-Galaxy theatres (Mumbai’s mass multiplex) to see if the ‘Housefull’ boards were up. A black-marketer came up to me to ask if I wanted tickets! After that, he recognized me, and told me that the film was going to work. He was someone in touch with many filmmakers, who would call him up to get on-ground box-office facts, and he asked me for a bottle of booze as a celebration!”

And so when Sriram planned his next film, AndhaDhun, a black comedy, his friend Sanjay willingly came on board!

Did Sriram interact with Varun’s father and high-priest of commercial cinema David Dhawan at any time? “Of course! David was my senior in the Film & Television Institute of India. He makes a certain kind of cinema but likes to watch every kind of film. I showed him my edit, and he supported me in my last sequence, which if you remember was a bit abrupt. Dinesh had not liked such an ending but I was keen on it. David told us that it was just right.”

Yes, Badlapur, both as a film and for everyone connected with it, was just right.

Also Read: “I have been rejecting so much work”- Radhika Apte reveals refusing adult comedies after stripping scene in Badlapur