Its Award season, folks and the prestigious 71st BAFTA Awards 2018 transpired last night at London's Royal Albert Hall. Amongst the who’s who of Hollywood, the stunning Amy Jackson was snapped as she stepped on the red carpet, looking nothing less than stunning! The guests at the Bafta Film Awards showed their support for the Time's Up and #MeToo campaigns by wearing black. Jumping aboard the bandwagon and weaving black magic with a slick low neck dress, Amy Jackson made heads turn at the do.

Currently, Amy stars as the Saturn Girl/ Imra Ardeen in the American superhero action-adventure television series, Supergirl. In India, she rose to fame with the Tamil movie, Madrasapattinam in 2010 and Ekk Deewana Tha opposite ex-beau Prateik Babbar in 2012, Amy was also seen in Singh Is Bliing with Akshay Kumar and Freaky Ali. As the brand ambassador for Salman Khan’s apparel brand, Being Human, Amy is raring to go on the professional front as she is all set to share screen space with industry stalwarts like Rajinikanth and Akshay Kumar in the upcoming science-fiction thriller, 2.0.

A dainty diamond necklace from Messika was her only accessory of choice. 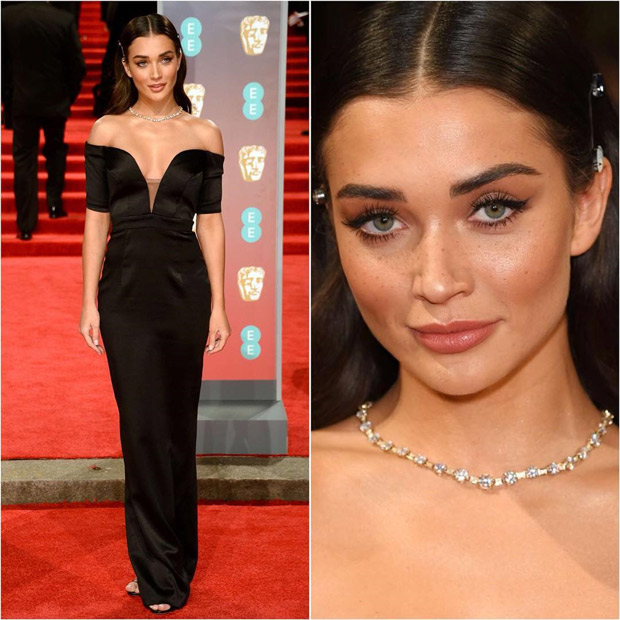 Amy stepped into a pair of black Manolo Blahnik and topped off the look with a sleek hairdo of centre parting, tucked behind the ears, courtesy hair stylist Patrick Wilson and a glowy makeup, courtesy makeup artist Nikki. (Also Read: REVEALED: The reason why Rajinikanth’s Akshay Kumar starrer 2.0 is delayed again) 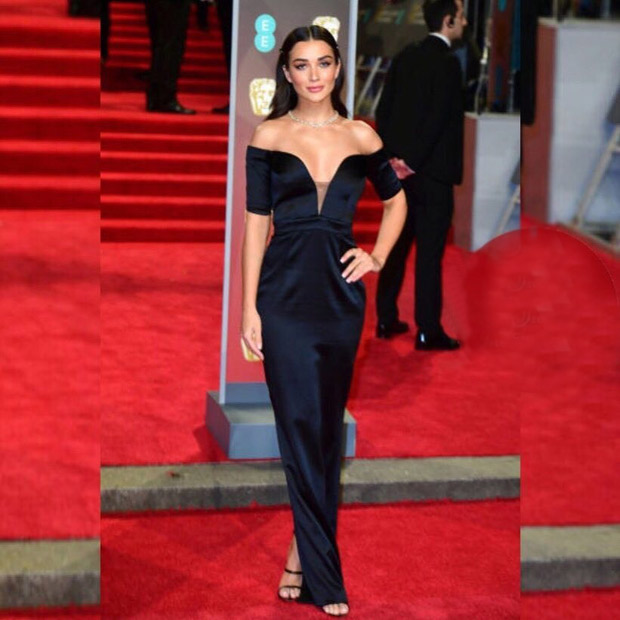 Apart from sending the poignant message for the #TimesUp and #MeToo campaigns, the infallible red carpet staple – black is timeless and Amy kept the minimal yet glamorous vibe going with the sleek look. (Also Read: Amy Jackson bonds with the team of Supergirl and it is fun)

When in doubt, wear black! This style mantra can never fade into oblivion and we are totally in love with the Saturn Girl’s sultry and powerful take on the dark hue! (Also Read: Sleek and sexy: Amy Jackson’s hot photoshoot will get you going this Monday)

Adding yet another exciting edition to her glamorous style file, Amy keeps her fans regaled with her shenanigans through her app, ‘Amy Jackson Official App’ which boasts of a series of interactive features.