Rani Mukerji has filmed a special music video for her forthcoming film, Hichki, in Mumbai. A catchy song, the video will see Rani call out the prevalent social Hichki's like preference for fair skin, looking down at people with disabilities, girls not having the right to choose their life partners, etc. 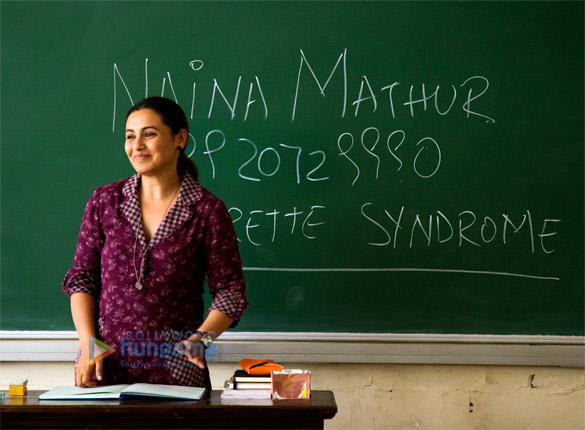 Rani will be seen asking people to get rid of discrimination from society because our caste, race, religion, complexion, socio-economic background, upbringing, etc. do not define us. Rani will loudly say that our talent, our achievements and the positive contribution we make to our society is our only identity. Rani in this video will highlight how each challenge needs to be taken head on and only then can we win over them. The promotional music video, ‘Oye Hichki’, will release on February 20.

Producer Maneesh Sharma says, "‘Oye Hichki’ is a phrase that captures the many subtle and not-so-subtle biases and prejudices that many of us see and live with every day. The video salutes the spirit that faces up to these challenges." 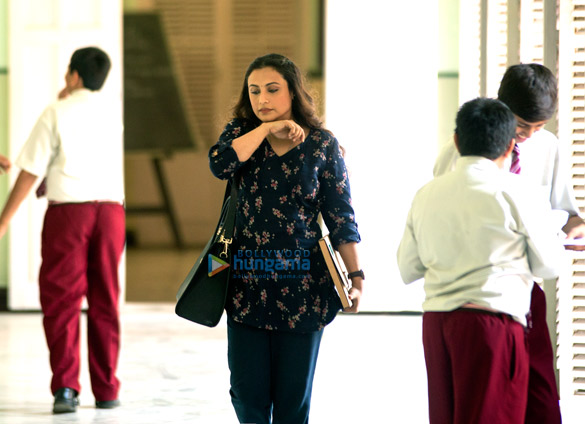 Rani plays the character of Naina Mathur who has a nervous system disorder, Tourette Syndrome that forces an individual to make involuntary repetitive movements or sounds. Hichki focuses on turning disadvantages into opportunities and staring down at challenges that life throws at one and ultimately winning over them. It is also a subtle reminder about
discrimination that exists in our society and has become a part of our daily lives. It highlights this through the story of Naina, who faces discrimination from our society that firmly believes she cannot be a teacher because of her disorder.

Directed by Siddharth P Malhotra and produced by Maneesh Sharma, the movie is set to touch the hearts of audiences when it releases on March 23.