Ranbir Kapoor and Alia Bhatt have quite a few projects in the pipeline. One of them is Ayan Mukerji’s directorial, Brahmastra. This is the first Alia Bhatt time will be seen with Ranbir Kapoor on the silver screen. The cast recently flew to Bulgaria to begin the first schedule in the snowy locale. 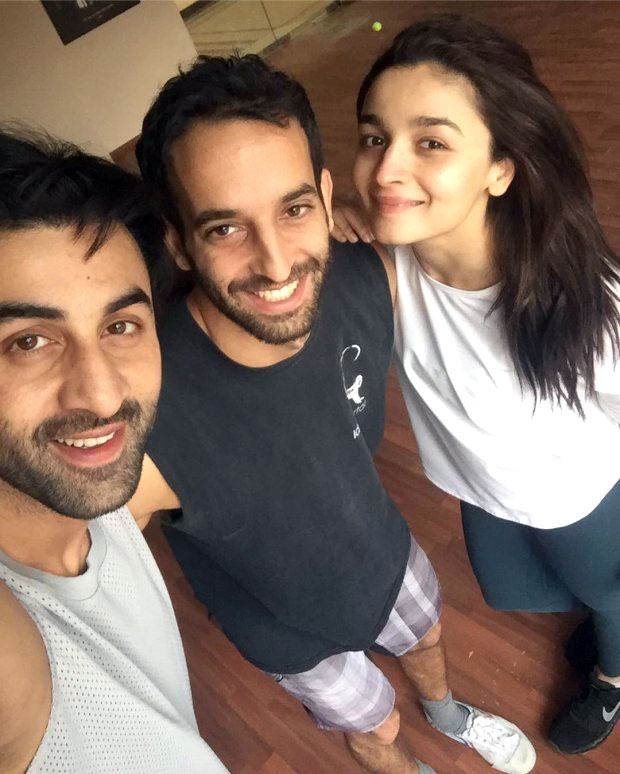 While in Bulgaria, Alia Bhatt and Ranbir Kapoor are training hard for action sequences. They are training under several international stunt co-ordinators. Their trainer Jonathan Fletcher recently shared a selfie with them and talked about working with them. He wrote, "Training with Ranbir Kapoor and Alia Bhatt in preparation for the biggest Bollywood movie ever!  I would never Imagine all the hard work these guys are going through, and I am sure this movie will hit the screens like the sun hits the ????. Huge shoutout and thanks goes out to my teacher, mentor, friend, @portal.ido for sending me numerous times to India to teach these amazing people, who have become good friends and will always be in my heart. This photo is after a very special movement training session in Sofia, ????????. Photo taken by the long arm man -Ranbir Kapoor."