Sushant Singh Rajput’s sudden demise had surely given rise to multiple debates that are still being held on the news channels. The actors who have barely met Sushant were talking in detail about the possibilities of how he died and what happened with him. With multiple actors claiming to be flag-bearers of ‘Justice For Sushant Singh Rajput’, Sonu Sood opened up about it in an interview with Barkha Dutt and why it is unethical for them to talk about it. 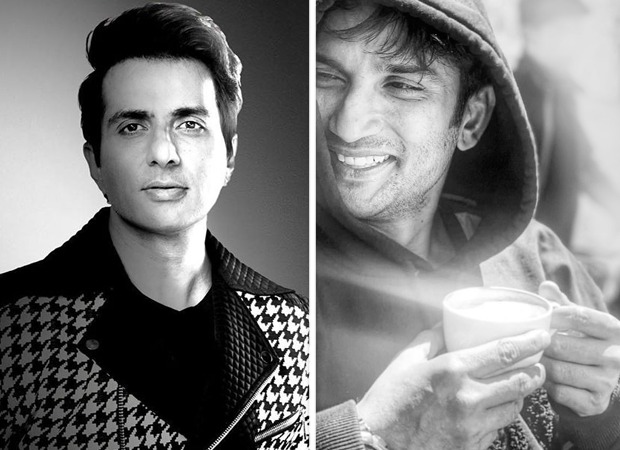 Sonu Sood has been striving to ensure that he feeds as many migrants as possible and help as many people out during the lockdown of this pandemic. Being a messiah for commoners, Sonu Sood’s work has been nationally recognized and the actor tries his best to coordinate with everyone through his social media. Having met Sushant around 10 times, they have even worked out together in the gym. Sonu Sood opened up about Sushant Singh Rajput’s death becoming a circus, he said, “Everyone knew that Sushant will be left behind somewhere in this debate. He is in our hearts and will always remain to be special for us. But those that never met him, never spoke to him, have been speaking about his death wanting their own share of limelight and they even got it. The sad part is, somewhere, everyone knew that this will only go on for so long.”

Elaborating further, Sonu Sood said, “If Sushant is seeing this, he would be laughing (cynically) at the circus that his death has become. He would say that those I never met, never wanted to meet, they are doing so many things under my name. These are the pages of Bollywood that if they go down in history, no one would want to open them again.”

Speaking in detail of Sushant’s death, he said, “First and foremost, his family has been sitting on the sidelines. Those that came forward for long debates would make Sushant wonder who are they? I’ve met Sushant around 10 times in our career and we’ve worked out together so many times, he was a great guy and an achiever who had made a name being an outsider. He would wonder that what do these people know about me to talk like this, so I don’t think anyone has the right to speak about him. These people don’t even talk about him now and you will realise this slowly that his death will fade out and a new topic will come to light. I feel very sad and I think the lesser you talk about it the better.”

“I’m not just talking about her (Kangana Ranaut), every news anchor, ex-directors, actors, everyone has come forward to speak about all the possibilities. My cousins living in Punjab speak about it on our group and when I ask them how do they know these things, they say that it was all on the news channel. We’re just corrupting the system so much, be it the channels or the anchors and actors, I want to ask them to get off their chairs and see what people are actually going through. I want to take these people to Bihar, Uttarakhand, Jharkhand to see that people are struggling for meals and there is unemployment. They don’t help these people out but will have debates on topics they don’t have a right to speak on, which is a very sad thing.”

Also Read: Sonu Sood recalls getting his first film by just taking off his shirt