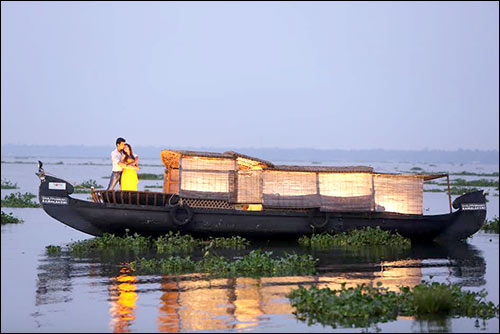 The versatile singer Sonu Nigam, who rules hearts with his mellifluous voice, will now be seen in a T-Series' music video alongwith the beautiful Amyra Dastur. The video has been directed by Anubhav Sinha. While the song has been composed by Jeet Ganguli, its lyrics are penned by Manoj Muntashir. The song depicts a love story between Sonu Nigam and Amyra Dastur and will take the viewers through their journey of friendship, love, distance and longing.

Speaking about the same, Anubhav Sinha said, "We shot for three days last month on an exotic island in Kerala. I had earlier directed Sonu in several music videos including 'Tu Kab Yeh Janegi' and 'Deewana'. He has done such a fantastic job that I have strongly urged him to take up more acting offers.

On the other hand, Bhushan Kumar said, "Sonu and I go a long way. His songs became chartbusters in the era of music albums like 'Deewana', 'Ab Mujhe Raat Din', 'Chanda Ki Doli', 'Jaan', 'Yaad' and many more. He went on to sing a lot of film songs for us as well. With his association with my father and me, Sonu has become a family member to us and I am so glad that we have got a chance to work together again after a really long time. The song 'Aa Bhi Jaa' is a beautiful composition and Sonu's voice is soothing that makes the song magical. Anubhav has given my first hit film - Tum Bin and when he agreed to be a part of this song, it was like a cherry on the top. Now we are waiting for the audiences' reaction."