Bollywood actress Sonam Kapoor returned to Mumbai from London for the first time in almost a year. At the airport on July 13, the actor had an emotional reunion with her father, Anil Kapoor, and couldn't hold back her tears. 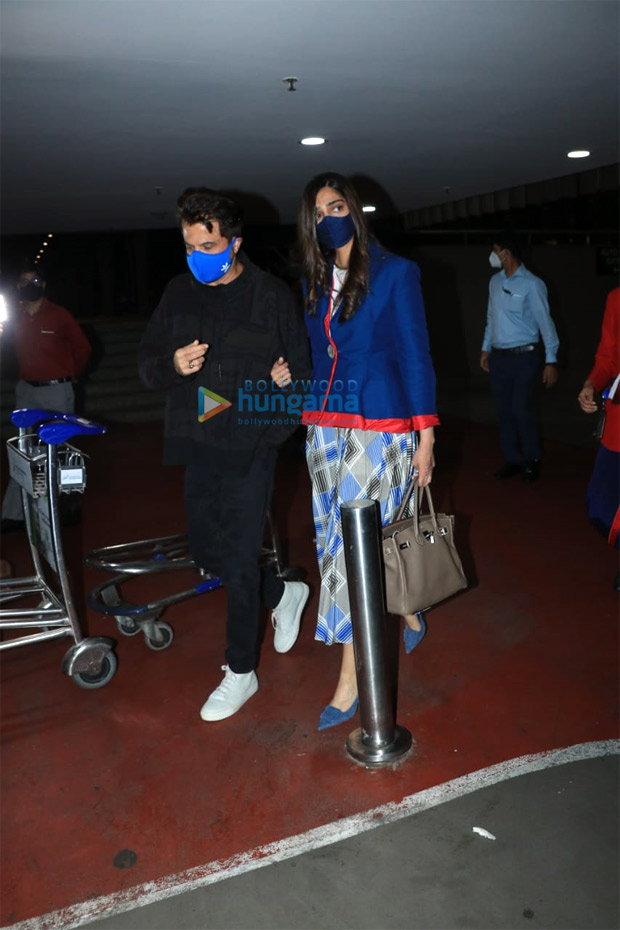 Sonam was spotted at the Mumbai airport. Anil Kapoor had arrived at the airport to pick her up. Sonam uploaded a story on her Instagram account, revealing that her husband, Anand Ahuja, was sending her off at the airport and that she was headed to Mumbai. She had previously uploaded a photo of herself on the plane with the caption that read, “home coming.” In the photo, Sonam was observed adhering to all Covid-19 procedures. 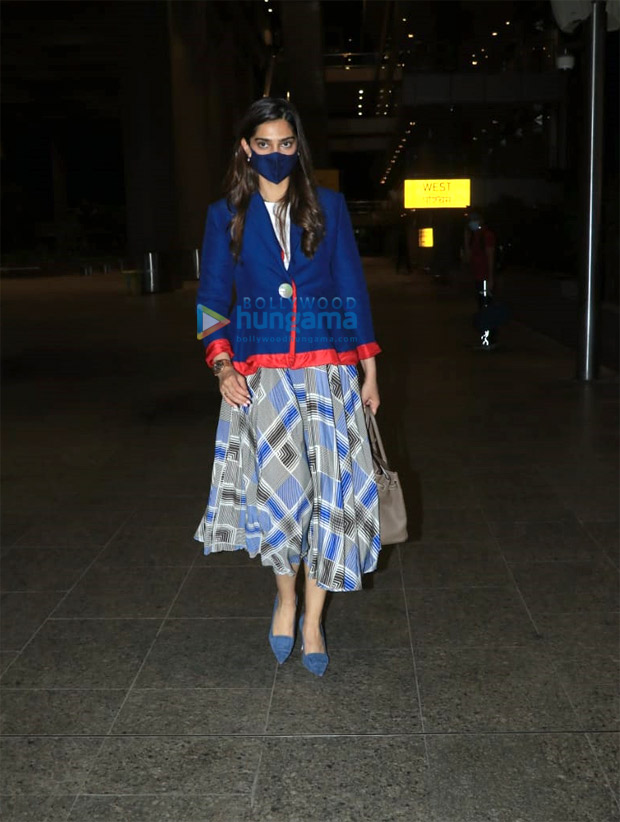 Sonam was also greeted warmly by paparazzi at the Mumbai airport. She was dressed to the nines in a blue midi dress with a structured blazer. She was also seen with a mask on her face.

Sonam Kapoor was living in London from the year 2020. Because of the Covid-19 pandemic, she was unable to travel to India for work or to see her family. Sonam and Anand tied the knot in Mumbai in 2018. He splits his time between Delhi and London, and the couple travels back and forth between the two cities as well as Mumbai. 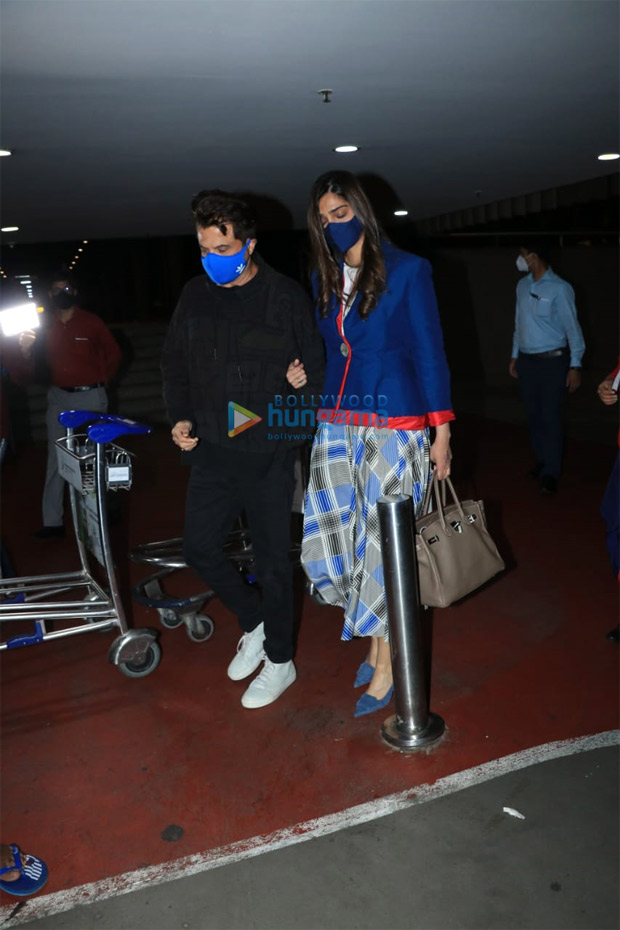 On the work front, Sonam was last seen in The Zoya Factor (2019) and AK vs AK (2020) with Anurag Kashyap and Anil Kapoor. Blind was her most recent project. Sonam plays a vision impaired officer on the hunt for a serial killer in this remake of a 2011 South Korean thriller.