Sonam Kapoor, Kareena Kapoor Khan, Swara Bhasker, Shikha Talsania are coming up with an all-girls madcap film, Veere Di Wedding, directed by Shashanka Ghosh and produced by Rhea and Ekta Kapoor. The buzz around the movie is super positive and everything from the trailer, music to the first rushes of the film has had masses talking about this project. Also, this film is supposed to be Kareena’s comeback vehicle after maternity break and therefore the entire hullabaloo about it is sort of justified. The film has a coming of age plot and features four friends and their lives. All four women are going all out promoting the movie. At the recent promotional event, they were asked if the movie was made with four men who would they cast in it. Okay so the names that popped were Ranbir Kapoor, Ranveer Singh, Arjun Kapoor and Abhay Deol among others. But you should know the comments the two Kapoor girls gave while they said that they wanted to cast Ranbir. 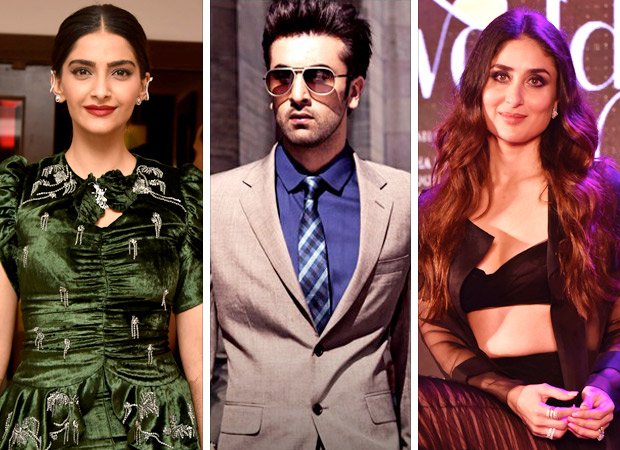 While Sonam’s first choice to play Kareena’s character was Hrithik, Bebo replied that Ranbir Kapoor would essay her role. Sonam’s report to this was mind-blowing. She said, “Ranbir? Haan, for sure! He'll be running." Is she hinting at the Kapoor scion’s Casanova real life image? Whoa, we sure wanted to hear what the Sanju star wants to say about this. Also, we know there is some history between Sonam and Ranbir so we are not even surprised that she said this.

Veere Di Wedding is a pretty personal film for all four actresses and we want this film to do well at the box office simply because inspired by its success, more women oriented films will be made.