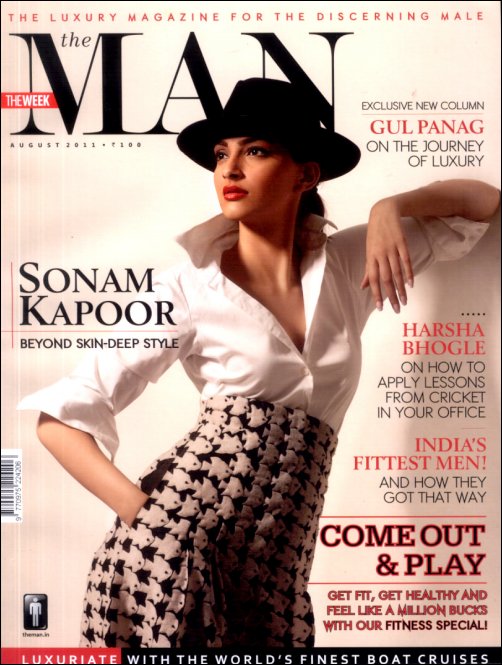 Let's give it to Sonam Kapoor, for making a name for herself in the big, bad world of Bollywood! Being the daughter of the superstar Anil Kapoor is one thing and leaving a mark for talent is another! It is the combination of looks and talent that has got Sonam Kapoor to reach the place where she is today.

And it's this Sonam Kapoor who also happens to be the cover girl of this month's edition of The Man. First things first... Sonam happens to be a personified version of an angel, courtesy the oh-so-heavenly snaps that have got featured in this issue. Speaking about her personal life, Sonam says, "My dad used to call me a 'giraffe' because I was tall and thin. I put on weight while I was in boarding school like anyone else. It was easy for me to lose it, 80 percent of losing weight is what you eat. Exercise matters, but at the end of the day, you are what you eat."

That she is a style icon is known by one and all. Talking about clothes, she says, "I love clothes. That's where my sense of style comes from. I love dressing up, like any other girl." On the other hand, talking about men and beauty, she says, "If I was God, I'd like to change a man's sense of personal hygiene. They don't like to have pedicures? I've never met a man who does."

All in all, a real good buy this issue!