The celebrity relationships in Bollywood have always become an interesting topic of conversation. Over the years, many celebrities have kept their private lives away from the limelight. One such rumoured couple, who has been in the limelight but have not accepted their relationship publicly, is Sonam Kapoor and Anand Ahuja. 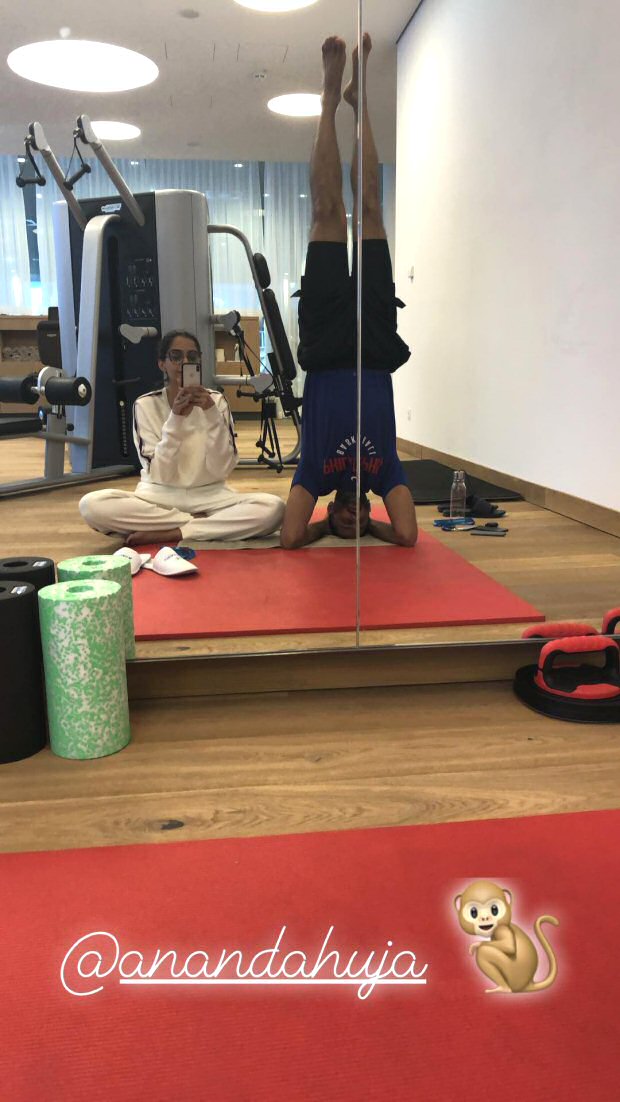 Sonam Kapoor and Anand Ahuja have been rumoured to be together for almost two years now. The alleged couple spends a lot of time together and is often spotted at parties and vacations. Though Sonam has always been very tight-lipped about her personal life, she often shares pictures and videos with her rumoured beau.

Just a day ago, Sonam was seen hanging out with Anand in the gym. Not only are they reportedly together, they are gym buddies as well. Anand was seen doing a headstand while Sonam was clicking a picture of him in the mirror. Dressed in their gym gear, the couple definitely makes a cute pair.

On the film front, Sonam Kapoor and Rhea Kapoor are collaborating after Khoobsurat for Veere Di Wedding. The film will also star Kareena Kapoor Khan, Swara Bhaskar, and Shikha Talsania. Directed by Shashanka Ghosh, the film is set for June 1, 2018 release.

Also Read: Sonam Kapoor and Anand Ahuja give a sneak-peek into their coffee date