On Friday, Sonam Kapoor took to Instagram to share a picture from her childhood which proves that she has always been a bookworm. In the picture, the little Sonam can be seen tucked in bed with a book and a beautiful smile flashing at the camera. 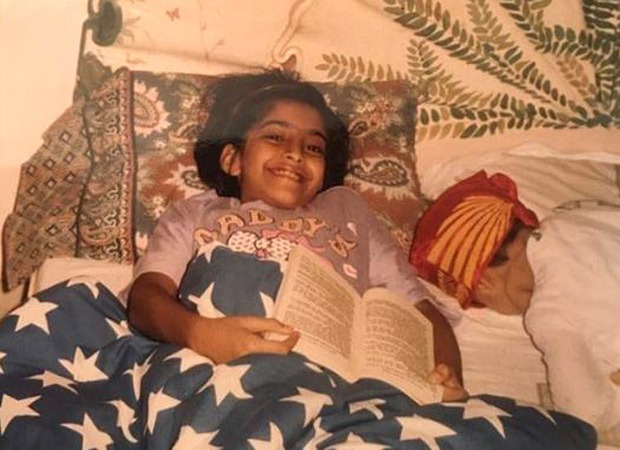 The actress shared the picture to show that she has always been a bookworm. Sharing the adorable throwback image, Sonam wrote, "Nothing has changed since then. Once a bookworm, always a bookworm. The photo sure brought back childhood memories for Sonam's sister Rhea who commented, "I remember this duvet."

Sonam Kapoor recently celebrated her 35th birthday in the presence of her family. She flew in from Delhi a day before her birthday to be with her family who threw a midnight home party for the actress. Meanwhile, on the work front, Sonam is all set to reunite with her Veeres for the sequel of Veere Di Wedding. She has also signed the Hindi remake of the Korean film Blind which will be helmed by Sujoy Ghosh.