Last Updated 04.04.2020 | 9:00 PM IST
feedback language
follow us on
Home » News » Bollywood Features News » Sonali Bendre opens up on ditching the wig and the wheelchair during her battle with cancer

Sonali Bendre's gruelling battle with cancer might have ended, but the strength that she pocketed during this period, is to stay for life. Throughout her journey to recovery, she kept sharing moments of both bravery and weakness, injecting hope in hundreds of other people also fighting similar battles. One such moment was when she chopped off her lustrous hair ahead of chemotherapy and appeared with a bald head without any hesitation. 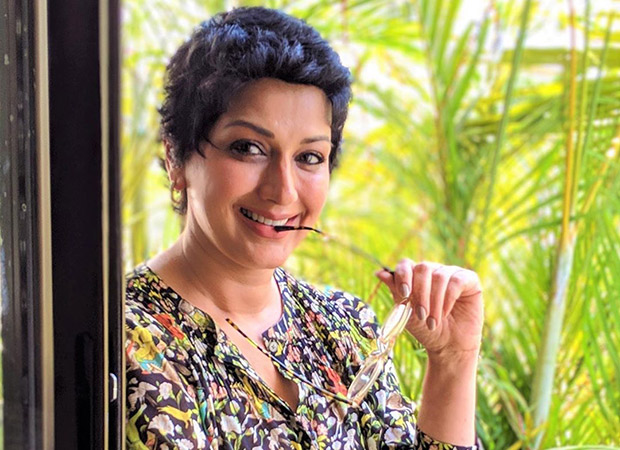 Sonali then goes to talk about how she realized that she could only overcome her fears once she has accepted the situation for what it is. “I wasn’t in the country when I started stepping out. When it was time to come to India, I really had my wig and everything planned. I'd decided to put it on. By the end of that flight, I was so exhausted and it was so awkward to be in a wheelchair. I didn't want to be in a wheelchair. That’s when I said, ‘Chuck it’. I decided not to wear a wig. I realized this is what it is now, let me just go. I did not expect so much press outside. I knew I would be out there in some time, completely bald. I felt okay and walked out."

If there's an epitome of inner strength, @iamsonalibendre fits right in! Catch her in conversation with @kareenakapoorkhan on the next episode of #daburamlawhatwomenwant S2 out on Thursday! Stay tuned!

Talking about this moment Sonali becomes teary-eyed. She adds, “It was hard. Very very hard. Because these are the people who you have seen through your work and your work has always been about looks.” Having said that, the actress does talk about how the media managed to win her heart. “But I must say that members of the media present there were so quiet and gentle with me. I had never seen this side of the paparazzi. It was nice to see and left me surprised. It just showed that if you accept yourself, people will accept you."

Also Read: On World Cancer Day, Sonali Bendre has a note to herself and for us