She was an evergreen face with popularity that no other actress has been able to match up to by far. Sridevi ruled the Bollywood and South industry together. We eagerly awaited her next film after Mom but alas! We were left in shock when the news of her demise spread like wild fire. 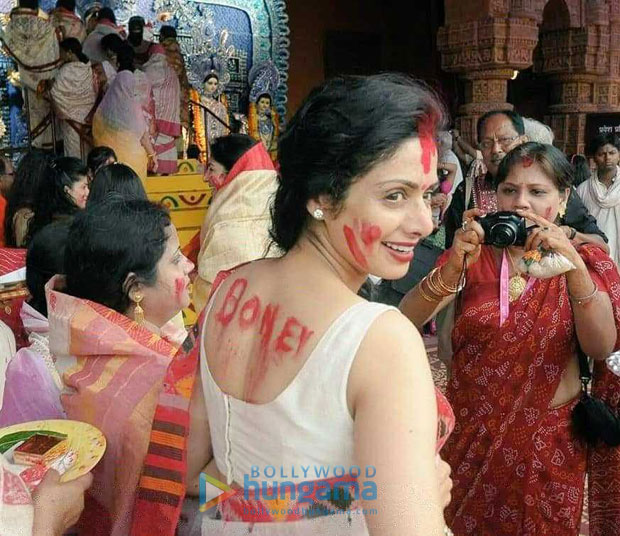 As we reminisced about her iconic performances in films like Chandni, Chaalbaaz, Lamhe and the recent ones like English Vinglish and Mom, we also came across some of her prettiest pictures. Amidst a barrage of images we have where we can see Sridevi smiling in all her glory, here’s yet another image from the festive season.

Sridevi, who has also left time and again the fashion critics impressed, featured in a simple yet elegant avatar, in a saree, during a Durga Pooja. She was spotted enthusiastically celebrating ‘Sindoor Khela’, a popular Bengali ritual celebrated by married women during the occasion of Ashtami, Navratri. The actress had attended the Durga pandal in Lucknow along with fellow devotes and even performed the aarti and pooja. 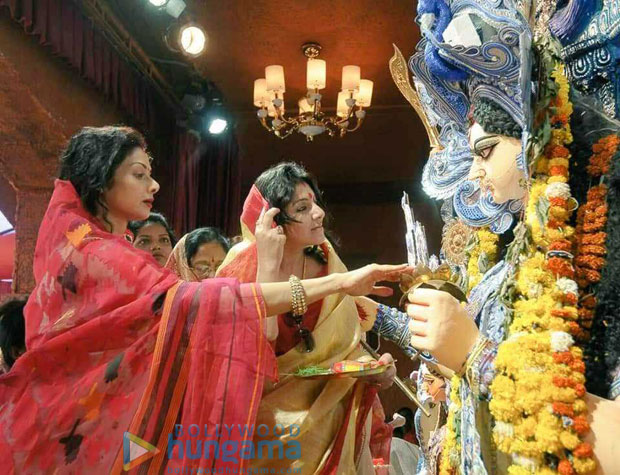 What also grabbed attention then was the way she uninhibitedly celebrated her love for her husband Boney Kapoor. During the sindoor khela, the actress was smiling with eyes filled with love as her back had ‘Boney’ written with sindoor.

Truly, the picture is a reminder of the loss Bollywood has faced having lost a legend like Sridevi!