The High-Priestess of Couture, Sonam Kapoor Ahuja commanded our attention with a resplendent avatar over the weekend. 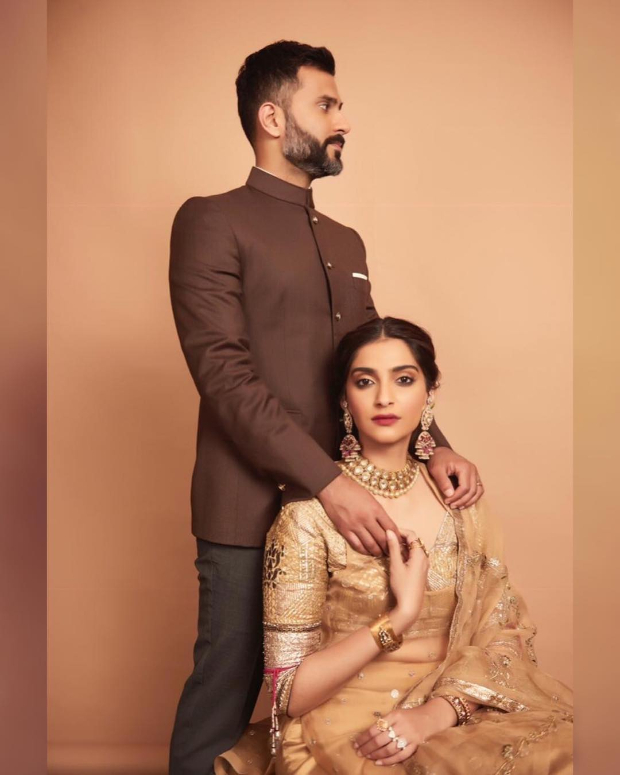 She was styled by her sister and stylist, Rhea Kapoor who only seems to have grasped Sonam’s style vibe to the hilt, experimenting and giving us reasons to rejoice with one exceptional look after another! 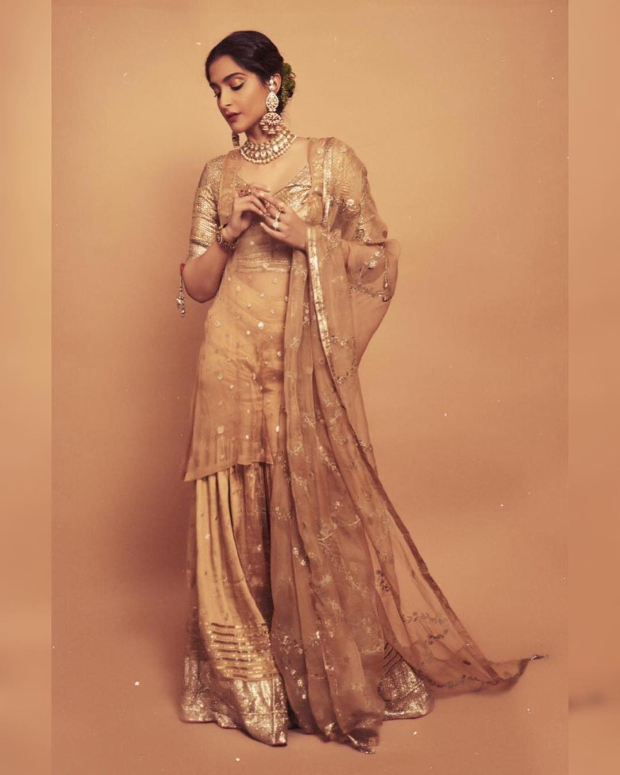 For a mehendi ceremony in the city, Sonam chose a Good Earth ensemble from its first couture collection called The Miniaturist. 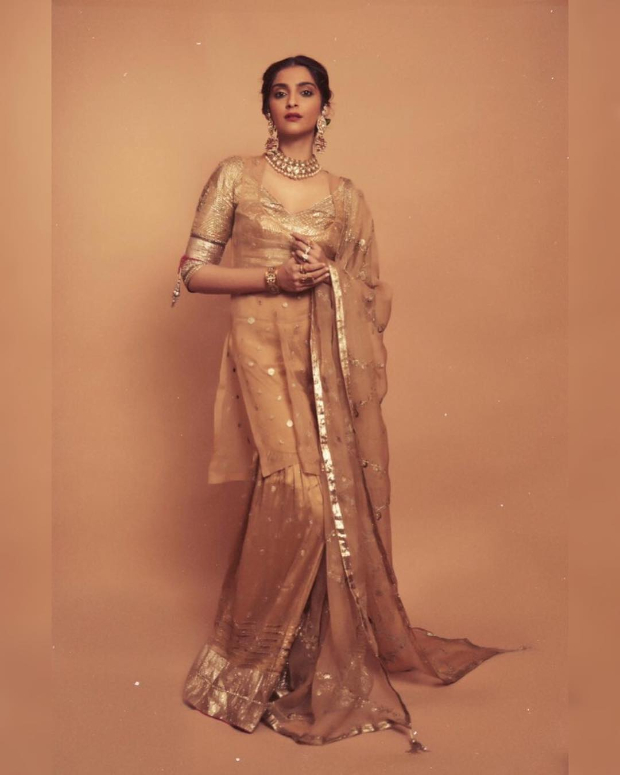 The ensemble featured a gold chiffon brocade gharara and choli with intricate Gota bichawat, with an organza gold odhani and kurti with asharfi motifs. 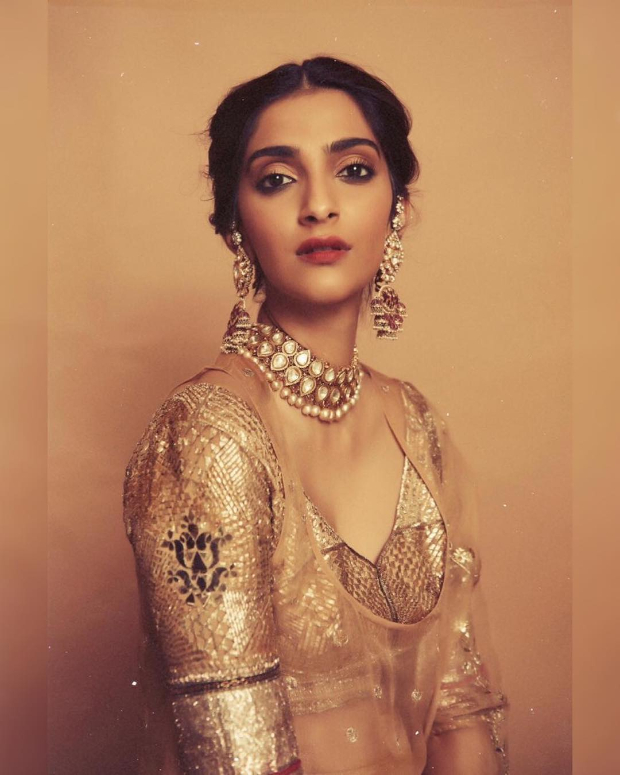 The utterly divine ensemble was upped with earrings, necklace and bracelet by Sunita Kapoor, bangles and rings from Amrapali Jewels. 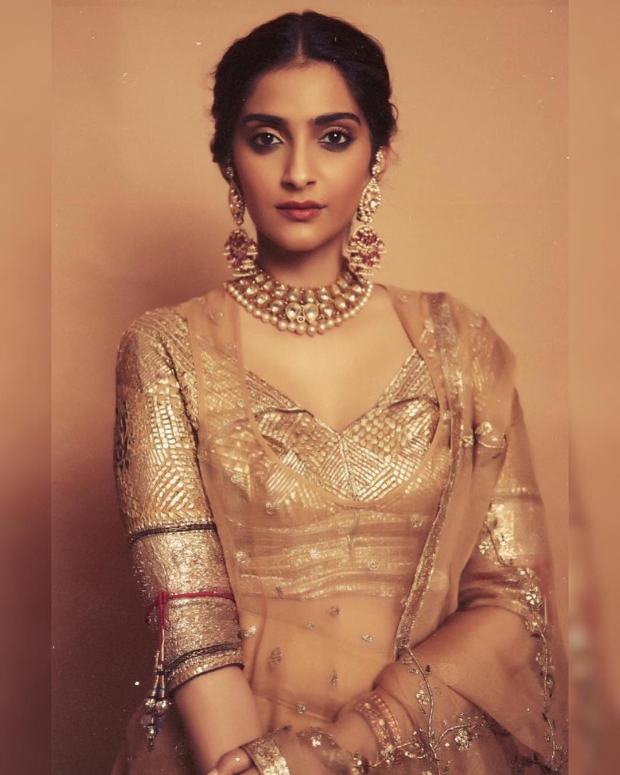 A chic hairdo and a flawless makeup completed the look.

On the professional front, Sonam will be seen in the coming-of-age romantic comedy-drama film, Ek Ladki Ko Dekha To Aisa Laga, directed by Shelly Chopra Dhar. Featuring Anil Kapoor, Juhi Chawla, Sonam Kapoor and Rajkummar Rao in lead roles, the film is scheduled for a release on February 1, 2019.