Sonakshi Sinha is always such a delight! When she isn’t lighting up the silver screen, Sona keeps us hooked to her style shenanigans on Instagram with the now staple hashtag, #sonastylefile. With ace fashion stylist Mohit Rai helming her impeccable #OOTDs and #OOTNs, Sonakshi Sinha makes a distinct and sartorial point in case for all her off-duty looks. 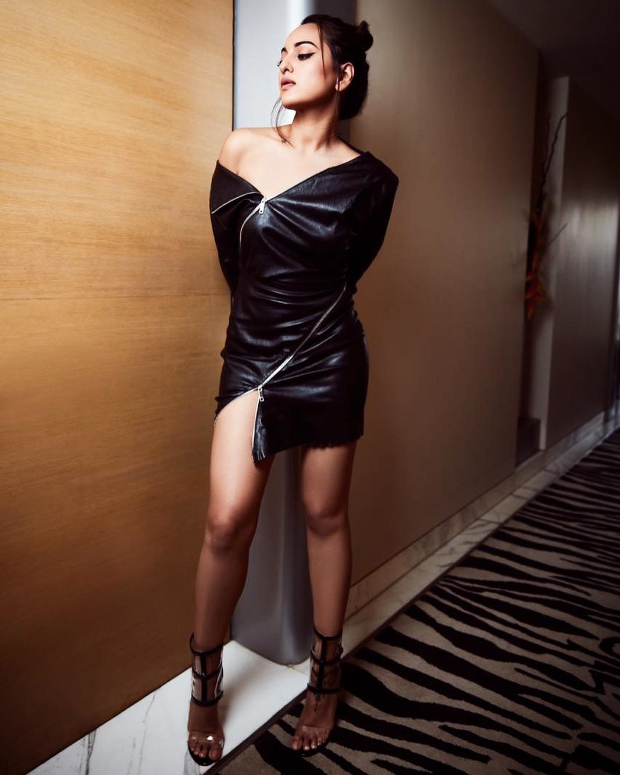 For a photo shoot, Sonakshi Sinha turned into a bombshell bae channeling that sultriness to the T with a black leather Jitrois Paris ensemble. The risqué leather ensemble featured a one-shouldered zippered top tucked into a long zippered asymmetric skirt from the AW’18 collection. 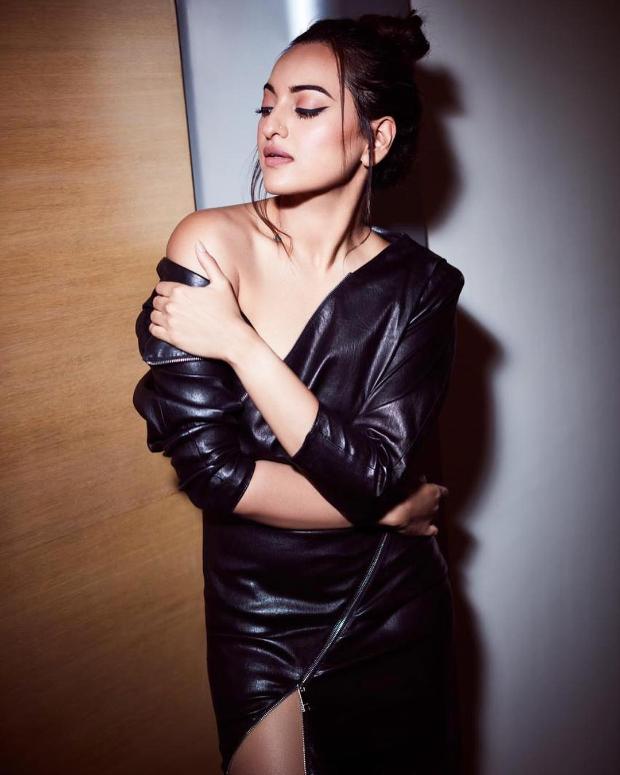 A pair of gladiator heels from the Truffle Collection teamed well with the ensemble. 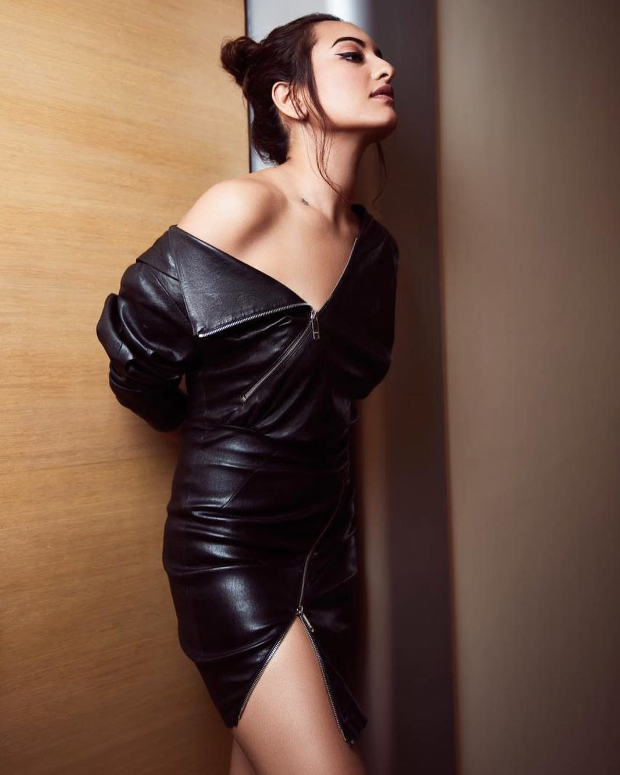 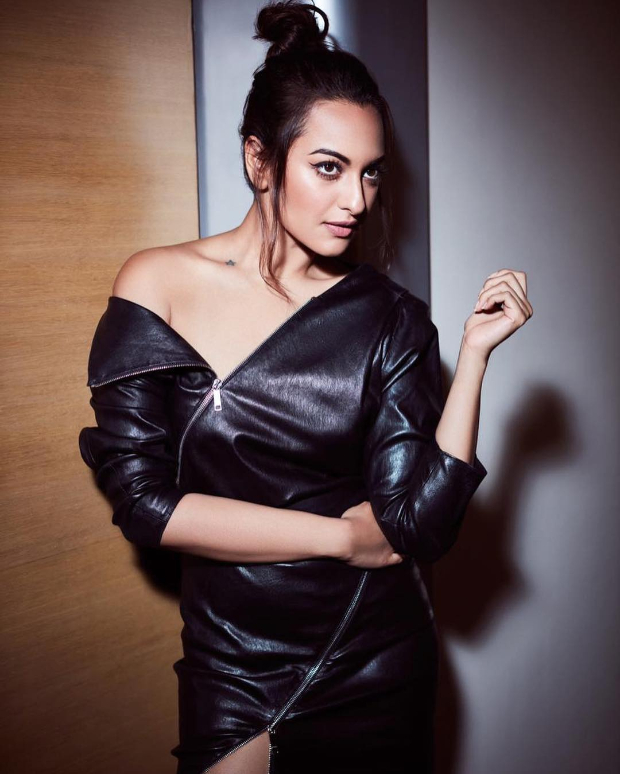 Also Read: Slay or Nay: Sonakshi Sinha in Storets for an interview