Well it is time to rejoice yet another wedding in B-Town. This time it is singer Neeti Mohan who tied the knot with model-actor Nihar Pandya. She and Nihar got married in a traditional ceremony on February 15 in Hyderabad in a big fat Indian wedding style. Photos from her girl gang photoshoot and other functions too garnered attention on social media. Now, the singer decided to share a glimpse of her actual wedding ceremony. 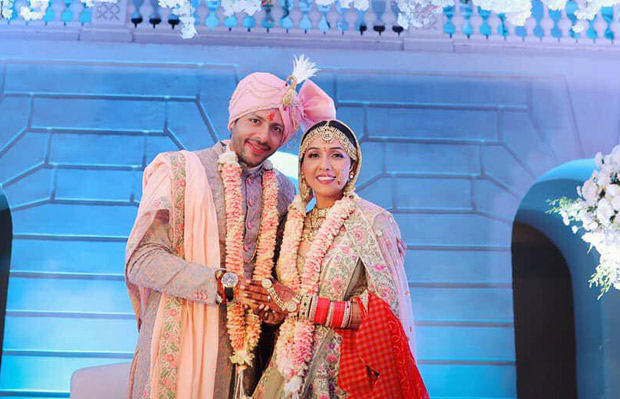 Even before this, Neeti Mohan had shared another picture with Nihar Pandya from one of their wedding functions on her Instagram page. But what attracted immense attention was her fun photoshoot with her sisters – Shakti Mohan, Mukti Mohan and Kriti Mohan. The reality show judge and singer decided to do a photoshoot with her sisters rather than opting for one with her hubby Nihar Pandya. Coming to her wedding functions, the couple was also supposed to host a lavish reception post the wedding but have cancelled plans because Neeti’s father has been reportedly unwell.

Neeti Mohan took to Instagram to share this picture wherein she also updated the fans and well-wishers about her father’s health. In the same post, she said, “With the blessings of family, friends and well-wishers, we are blissfully married. Dad's health is getting better each day. The Mohan and Pandya family THANK YOU for your constant love and support.”

With the blessings of family, friends and well wishers, we are blissfully married. Dad's health is getting better each day. The Mohan and Pandya family THANK YOU for your constant love and support ????

Nihar Pandya had spoken about their love story in recent reports stating that one of his friends worked with the band Aasma and wanted the friend to introduce him to Neeti. It seems that Nihar met Neeti at the wedding of the said friend a year ago and that’s how they fell in love.