Last week, we had reported that Ranveer Singh and his leading lady Sara Ali Khan have taken off to Hyderabad for Simmba. Joining them were also the director and producer, Rohit Shetty and Karan Johar. But what we didn’t know was that Sara was accompanied by her actress-mother Amrita Singh too. And the proof of it is these pictures that have been doing the rounds on the internet. 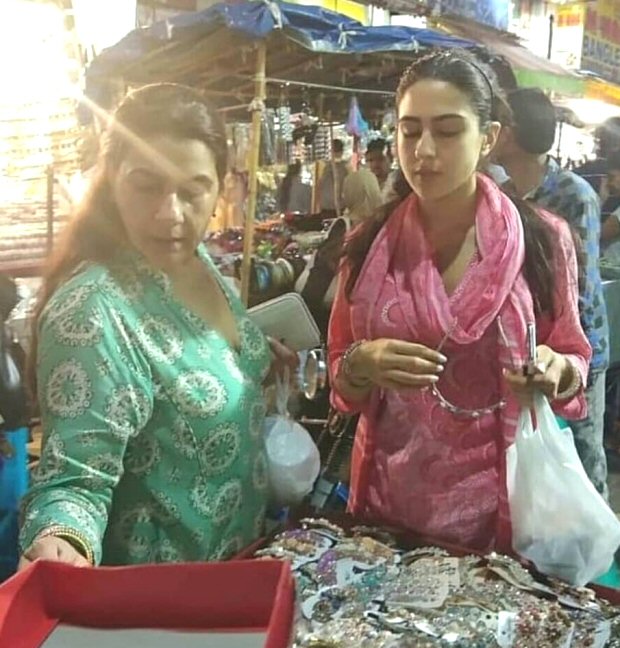 Sara Ali Khan was spotted on a shopping spree with her mother Amrita Singh. Unlike the usual line of brands that the actors love to indulge in, the mother-daughter duo looked keen on purchasing accessories from Laad Baazar in Hyderabad. For the uninitiated Laad Baazar, that is located near the iconic Charminar, is a street for shopping lovers with hawkers selling varied accessories, but it is popularly known for bangles and bracelets.

Furthermore, if the pictures are anything to go by, the Bollywood stars also were very comfortable whilst street shopping, despite the crowd around. 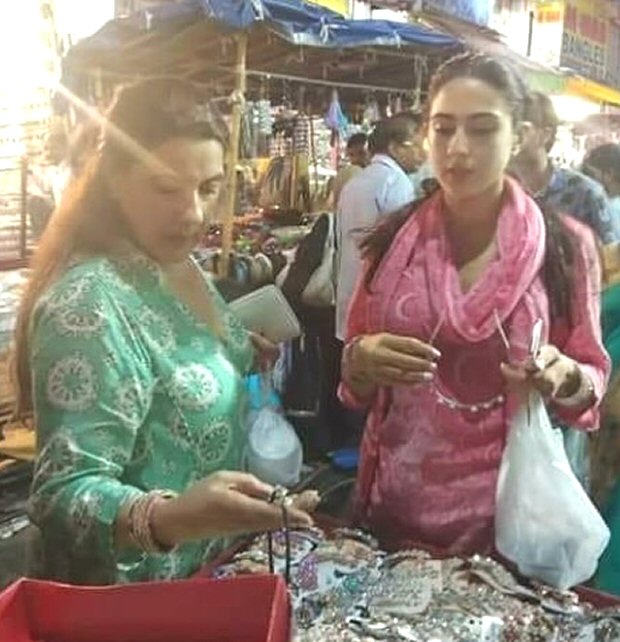 On the other hand, speaking on their Hyderabad schedule, it is being said that this shoot schedule will be as long as two months. Sara Ali Khan will be completing a major chunk of her shooting with Ranveer Singh including a grand song-dance sequence for Simmba.

However, amidst this, she will also have to fly down to the city of Mumbai again to wrap up Kedarnath. The film’s schedule, which was delayed due to certain setbacks, is back on track. And as of now, the makers are striving to retain the release date of the film and ensuring that there is no further delay in the schedules. The film features Sara opposite Sushant Singh Rajput and the love story is set to release on November 30.

As for Simmba, the Hindi remake of the Telugu blockbuster will hit the big screens, almost a month after Kedarnath, that is, on December 28.