Ranveer Singh, who was last seen in Padmaavat, has kick-started his next film Simmba in Hyderabad. The shooting began last week with Sara Ali Khan, director Rohit Shetty and producer Karan Johar. Now, Sonu Sood has joined the pack and it seems cast is ready for the out and out entertainer. 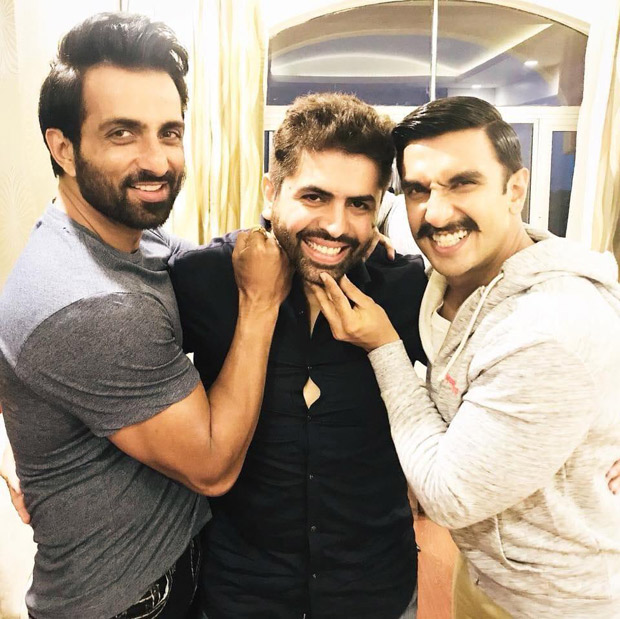 A couple of pictures of Ranveer Singh and Sonu Sood are doing the rounds of social media. They were hanging out with a couple of crew members at the Ramoji Film City in Hyderabad. Ranveer is dressed in a sweatshirt whilst sporting his clean-shaven look with a moustache. He has beefed up a lot for the quirky cop character, Sangram Bhalerao. It seems like the Simmba hero Ranveer and his villain Sonu Sood are enjoying their film while shooting for the film. 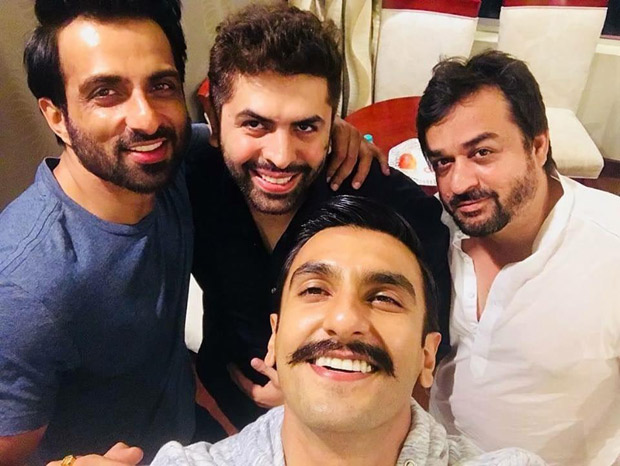 Ranveer Singh had earlier talked about his excitement of working with Rohit Shetty, “Simmba is my first collaboration with Rohit Shetty which I know people are really excited about and me more than anyone to be diving into the masala genre with the king of the genre. It is an incredible opportunity that I am extremely excited to be commencing… shooting in about a month’s time. He is very keen that I have big muscles in the film. He has told me — Jab tu wardi pehenega na to wardi phatni chahiye,” he said. 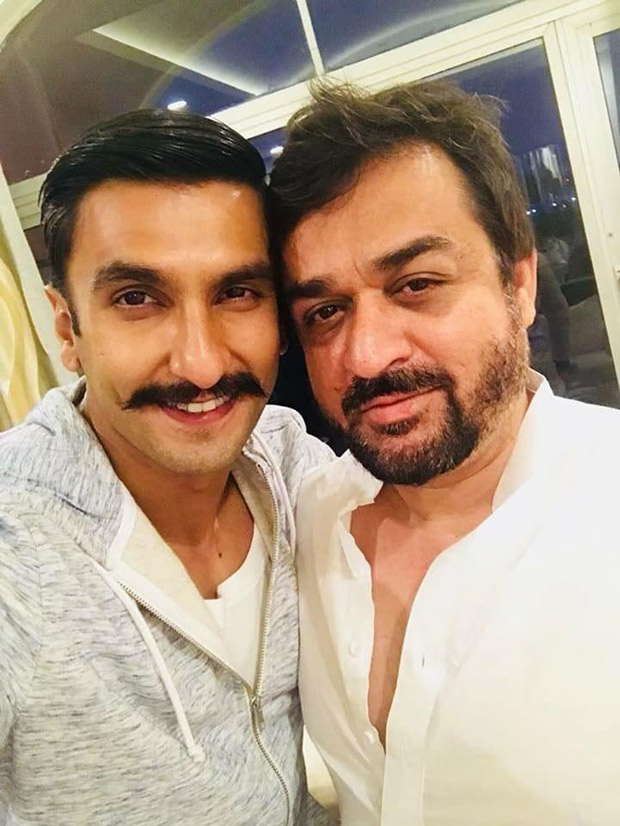 Directed by Rohit Shetty, Simmba is a remake of the Telugu film, Temper (2015). It is reported that Ajay Devgn will have a cameo in the film and reportedly say his trademark Singham dialogue, Aata Maajhi Satakli. Simmba is all set to hit theatres on December 28, 2018. 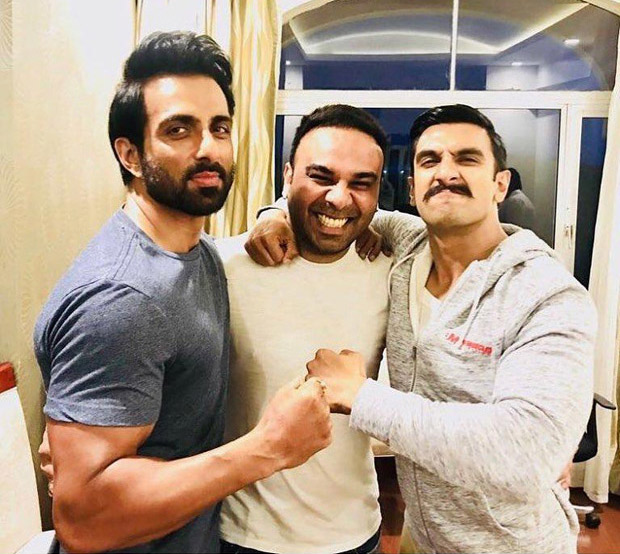 After Simmba, Ranveer Singh will be seen in Zoya Akhtar’s directorial, Gully Boy. The film stars Alia Bhatt in the lead and is slated to release on Valentine’s Day next year.

Also Read: Simmba Ranveer Singh and Singham Ajay Devgn to come together for a MEGA ACTION sequence in Rohit Shetty’s next