The late 90s and early 2000s saw Preity Zinta and Salman Khan sharing screen space quite frequently. From Har Dil Jo Pyaar Karega to Jaan-E-Mann to Heroes, the actors have done many films together. While the two have only been making special appearances in each other’s films, the duo hasn’t done an entire film together for almost a decade. 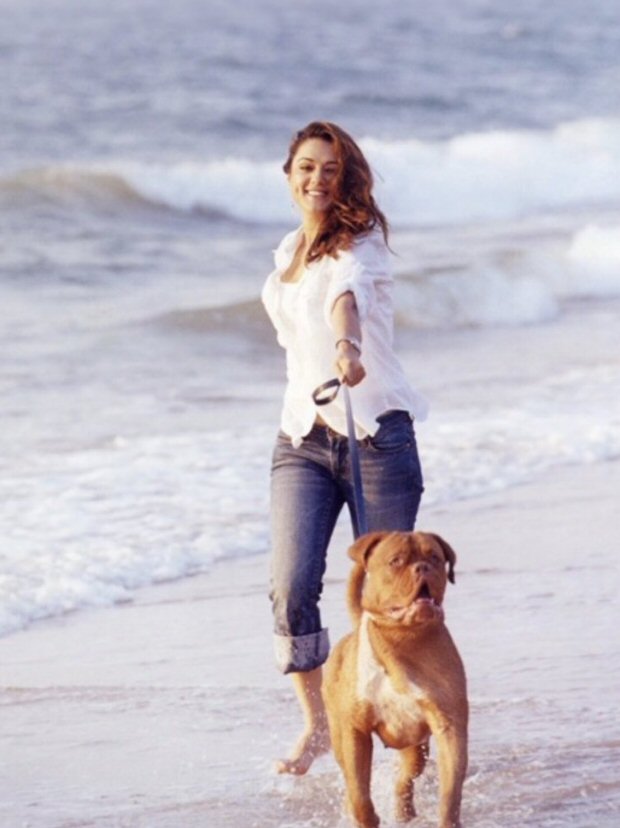 Reminiscing about the times she was shooting with superstar Salman Khan, Preity Zinta recently shared a nostalgic post on social media. Preity Zinta, who recently took to the platform to talk about her decision of taking on her husband’s name, posted this photo that was from the sets of one of her films with Salman Khan.

The picture in question features Preity Zinta smiling away to glory as she has set out for a walk by the beach, albeit not alone. Accompanying her is Salman Khan’s former pet Myson. The superstar, who is equally fond of animals, owned a bullmastiff but Myson is no more. Although it is not being mentioned which film Preity and Salman were shooting for, we definitely know that this picture is worth framing!

Preity Zinta, who is yet to star in a film after Happy Ending [she was in a cameo in this Saif Ali Khan starrer], is next supposed to star in Bhaiaji Superhit. The film, that also stars Sunny Deol and Ameesha Patel, has been in the backburner for quite some time now. And after many setbacks, the film is finally expected to release on September 14 this year.