It's actor Sidharth Malhotra's 35th birthday today! Sidharth, who was last seen in Milap Zaveri's Marjaavaan, had a celebration that had his industry friends and colleagues in presence. 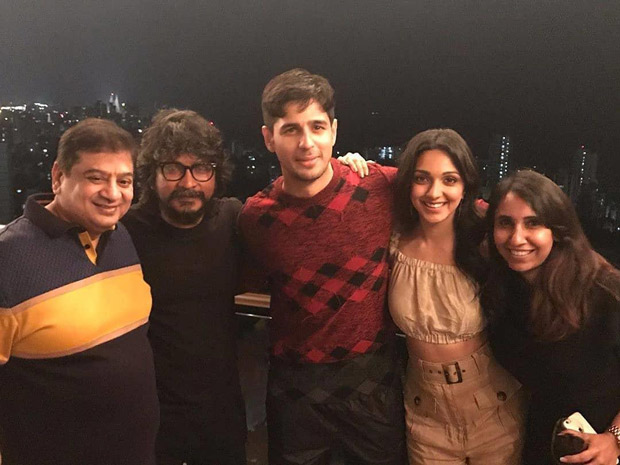 However, before that, he rang in his special day with his fans. Apart from cutting two cakes brought by them, he accepted gifts that his fans had lovingly got for him. One of them was a sketch of him, made by a fan.

After that round was over, he went on to have a cosy celebration with his tinsel town gang. Sidharth's rumoured girlfriend Kiara Advani, producer Shabbir Boxwala were in attendance too. We saw Sidharth posing with them.

On the work front, Sidharth will be next seen in Shershaah. The first look of the film, featuring him as Captain Vikram Batra (PVC), was released today, and looks intriguing indeed. Directed by Vishnuvardhan, the film releases on July 3, 2020.