Nearly two years ago, Bollywood actor Deepika Padukone turned a rowdy cop for a television commercial. The images of the Chhapaak actress dressed in traffic police costume with black boots and black shades did the rounds for a long time on social media. Now, actress Kriti Sanon, too, has become a traffic cop for a television commercial. In the picture that has now gone viral, Kriti Sanon can be seen in a similar costume. 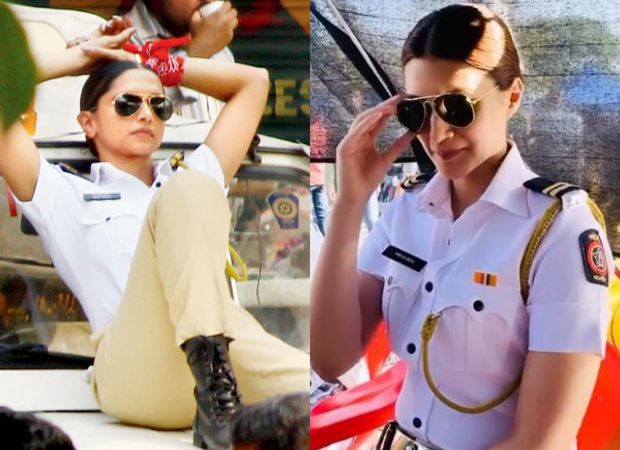 Dressed as traffic police, with minimal make-up and hair tied in a bun, Kriti Sanon was spotted on the streets shooting for the commercial.

Meanwhile, on the work front, Kriti Sanon was last seen in the film Panipat. The actress has started shooting for Laxman Utekar's film Mimi in which she plays the lead. The film is a remake of Samroudhhi Porey's National Award-winning Marathi film Mala Aai Vhhaychy!.

She has also been roped in as the lead actress in Akshay Kumar starrer Bachchan Pandey. This will be her second outing with Akshay Kumar after Housefull 4.