Shraddha Kapoor has had a pretty busy year. The actress has been busy with Stree which entered Rs 100 crore club and Batti Gul Meter Chalu which released on Friday, September 21. And now, without even taking a break after the hectic promotional tour for two movies back to back, the actress kicked off shooting for Saina Nehwal biopic on September 22. The film is helmed by Amol Gupte and produced by Bhushan Kumar. 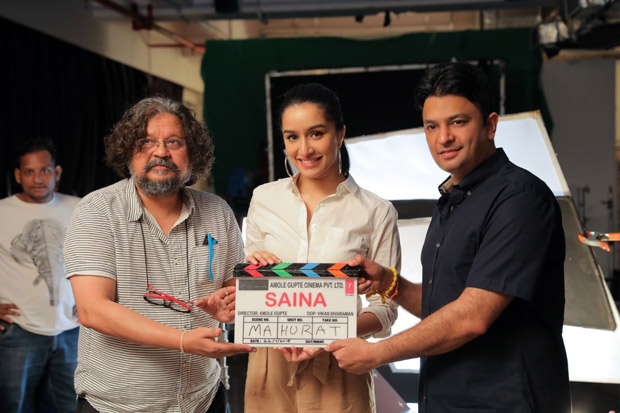 Today, the production house shared the pictures from the sets of the film. Shraddha Kapoor looked pretty in white shirt paired with beige pants. She was seen holding the clapboard along with producer Bhushan Kumar of T-Series and director Amol Gupte. Earlier, she revealed that they would kick off the shoot with the scenes and the badminton parts would be shot next year.

Shraddha Kapoor took to social media to share the letter she received from the makers of Saina Nehwal Biopic post the "Mahurat" shot. The letter said, "Our Dear daughter Shraddha (Means faith) साईं को याद करते हुए हम तुम्हारा नाम... (Saina) रखते हैं.. Let this journey be the most memorable for you...Dearest Baccha. We Love you." 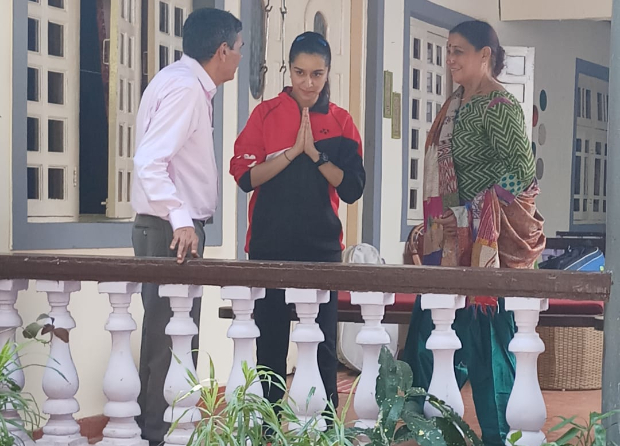 The actor posed for a picture perfect moment with producer Bhushan Kumar and director Amole Gupte with the Mahurat clap of their first schedule at Madh Island. Saina Nehwal's parents also came to bless reel life daughter as she interacted with the media on location on September 25 along with producer Bhushan Kumar, Vinod Bhanushali and Director Amole Gupte. 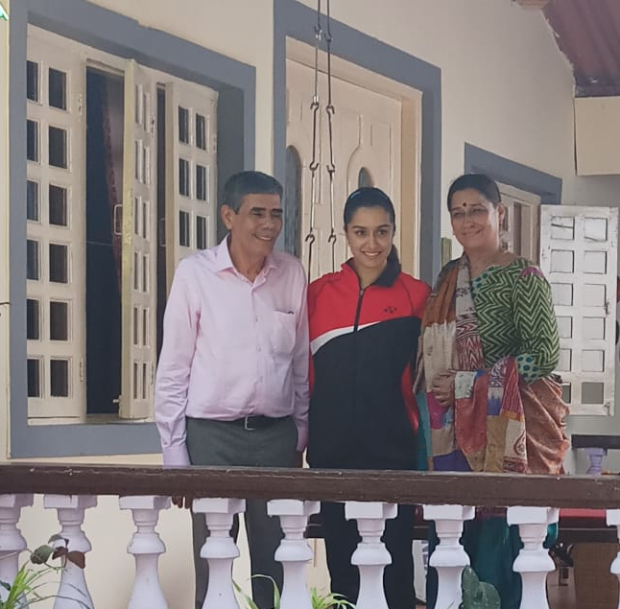 When earlier asked whether Saina Nehwal will be an important part in the training and filming process, Shraddha Kapoor said, “Absolutely. I am sure she will. I hope so. I would love to see her. I think she is so busy right now in her own career and training that I am sure I will meet her whenever she has time. I would love to be trained by her but she wasn’t training me. We were just hanging out. The training is an ongoing process. I have done 36 sessions. I still have a long way to go.” 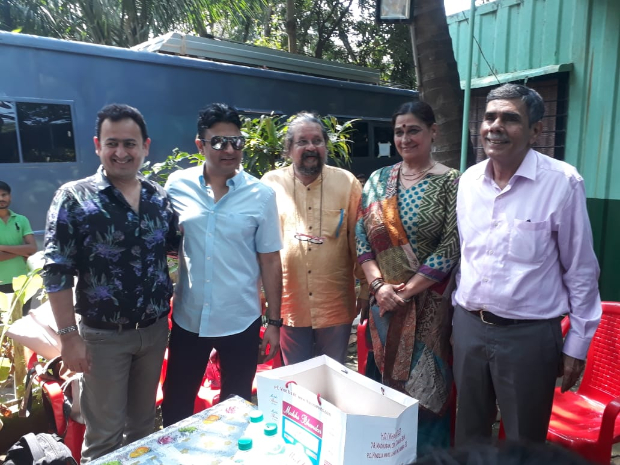 Saina Nehwal Biopic has been making immense buzz ever since it's announcement. Shraddha Kapoor has been prepping to slip into the athlete's shoes for a long time now and has left no stone unturned to ace her act. The actress frequently met Saina Nehwal to absorb the mannerisms of the Badminton player to essay her part correctly. 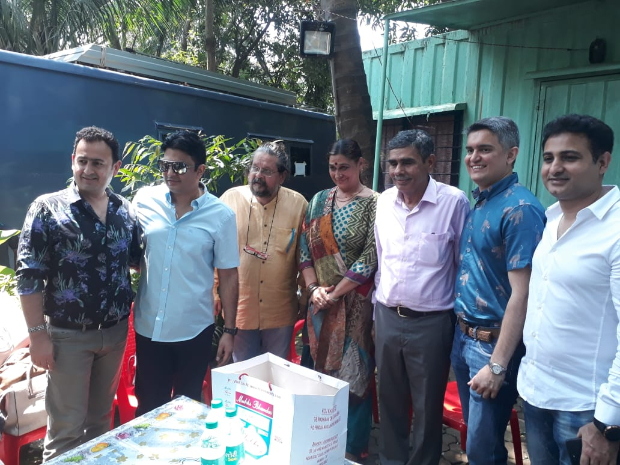 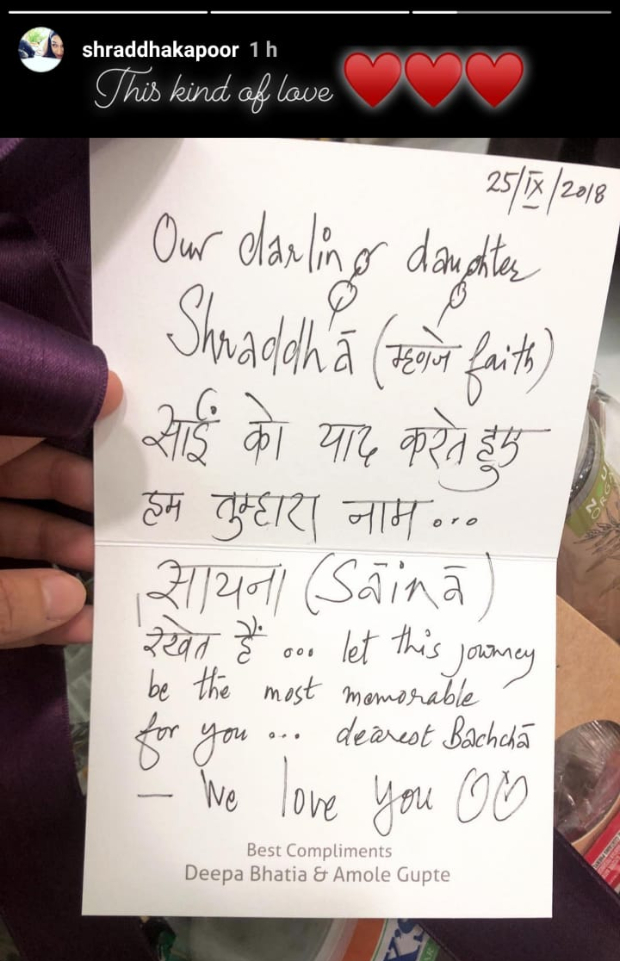