After the debacle of Rangoon, Kangna Ranaut will be seen in a light-hearted drama Simran. While the film's teaser is out, it has already landed in a controversy over writer credit issue.  Apurva Asrani has accused both the director Hansal Mehta and lead actress of Simran Kangna Ranaut for disrespecting his work and stealing his writing credit.

If one has noticed, Kangna Ranaut has been given co-writer credit in the first teaser of the film. This has not gone well with the writer Apurva Asrani who wrote a very detailed post accusing Kangna of twisting her way into getting a writer credit. Not only that, he also called out director Hansal Mehta to show some spine and stand up for what is right.

As the controversy has blown up, one more shocking information has come into the picture. Here comes the twist in the tale. The writer of Hansal Mehta's Shahid, Sameer Gautam, has shed some light and made a similar allegation against Apurva Asrani. Many may recall that Shahid starred Rajkummar Rao in the lead and the film won 2 National awards including Best Actor and Best Director.

In the wake of Simran controversy, Shahid writer Sameer Gautam said that the film's poster credited him as the writer, but the credit for the screenplay was shared with Apurva Asrani and Hansal Mehta. In an elaborate post, Sameer claims that Apurva made it a point to get a credit and Hansal Mehta was in dilemma about it.

Here is what he wrote:

“This is the personal rant so please do not get irked by the heavy usage of “I” in the story. It is based on a true story just like the film Shahid.

So, where do I start?

From the first day of my research where I did not even have Shahid Azmi’s address to the final shooting script and till the end of production, after which I also worked on the subtitles for the film’s festival cut.

Apurva Asrani joined early as an editor and I had tremendous respect for him. Here was a man so humble, so friendly and with such stellar work, the editor of the great seminal film Satya in his repertoire. It made me believe in cinema more, it reminded me why we do what we do.

Now let me talk about why I left Delhi (where I had a career) and joined this industry where as they say, "money talks and bullshit walks." A business where we are constantly selling and nobody gives a crap about reflecting human dignity. One man cared though. That man is Hansal Mehta; I call him Sir. I haven’t in my life called a lot of people Sir. Only 2 and Hansal Sir is second in that list, the first being my mentor back in Delhi, his name is Sameer Hans (irrelevant in this case, sorry Sir and anyways you are not on Facebook.)

So now coming back to the point of this post, Shahid was written, shot and Apurva was now editing it. During which Apurva referred me to Nila Madhab Panda, for a film titled Jalpari. This was a wonderful gesture from Apurva’s side and my respect for him was at its peak. Deepak Venkatesha was the screenplay writer of the film.

A few weeks later, when I came back to Mumbai and met Hansal Sir, the festival cut was ready. We worked on the subtitles for the festival cut and by Gods grace, our film was selected in TIFF, just to let you know, I was supposed to have a “Written By” credit then. 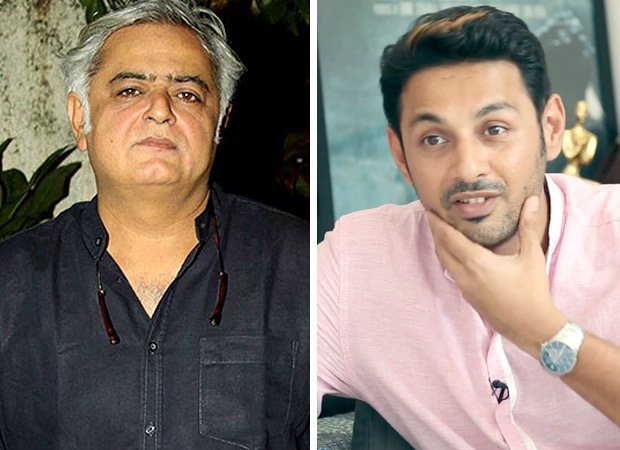 One day, not much later, I got to know from a team member that Apurva is insisting on a screenwriting credit for the film. Sir was happy with this cut and he then spoke to me about this. At first, I did not know what to say and then I said "No!" because I had given the film 4 years of my life with nothing but that to show for it. Apurva kept at it and refused to work any further unless he was given a Screenplay credit for Editing this 'Fresh approach/ Narrative' to the film. Hansal Sir was in a Catch 22 situation and I could see it. It was difficult for him. He did not want to lose either of us. As much as he fought for me, he finally gave in to Apurva's demands and agreed to give him the credit. Hansal Sir felt sorry towards me, but I was clear that I will not continue to work for/ with him if he has Apurva in his team from thereon. It was difficult but jo sahi hai, usmein sochna kya? (If it's right, there's nothing left to think!). I come from small town in India, that's just how we're made.

Hansal Sir and I attempted to write a few times before and after Shahid’s release, but it did not work out. After which he got busy with Citylights. I too, was working on a script. We soon lost touch. I tried to get work but everywhere I went people asked me if I was the real writer of Shahid. I also have a shortcoming, I must disclose it. I have a fair idea about what I want in a story and am a little strong headed when it comes to this. So, obviously things did not materialize with most industry folk. I am not even a charmer like Apurva. It was a struggle to prove yourself against a man with a better face recall. He had hijacked the credit and positioned himself as the writer from the time it got screened in MAMI. I was not there and it is my fault. I was attending to my ailing mother in Delhi and I had to be there.

Now, you may ask me, why I kept quiet? I don’t know. But people from nondescript small towns like me will connect with this. We have nothing from where we come. We have this quiet arrogance about ourselves because we don’t bullshit our way up. We are passionate and we work hard to be good at whatever we do. A credit monger can take away your credit but how can he or she take your ability away. So, I left it at that.

Why Speak now? Though what is happening is not astounding for me because I am a Cinephile, the sheer magnitude of this hypocrisy is nauseating. Calling Hansal Mehta to show spine?... Huhh... Well, tell me a Director in the last 5 years who has done more in India for the voiceless Indian. You know what; I call that “Spine”. Unwavering and risking everything to show the plight of the voiceless human existence. Questioning our blind and often ancient logic by which we look at our lives, comprehend it. He is a humanist. If that is not showing spine than I don’t know what it really means.

Being an insider, I know I am not the only one Mr. Asrani has stepped over. He is a regular offender. Writers and Editors please make note. This man is bad news. I urge the people supporting Mr. Asrani to show the same support to me. I know nothing apart from what Mr. Asrani has said about the wrong committed against him and I'm sure you may have strong opinions about what really happened there, but this is what I have faced.

You know my story now. You tell me what's right.”

Hansal Mehta and Kangna Ranaut are yet to respond to Apurva Asrani’s blasting post and now the shocking revelation about Shahid.