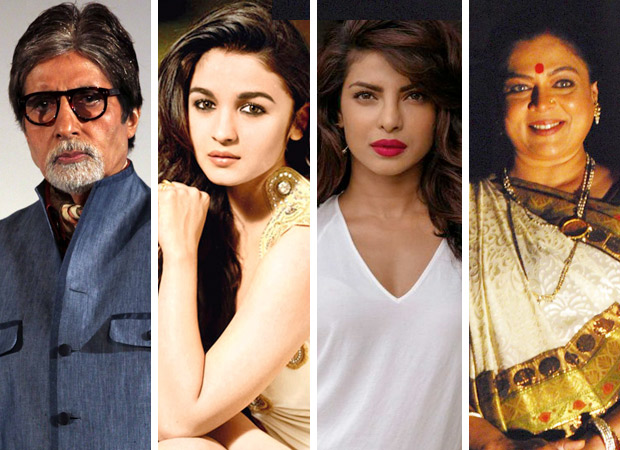 Bollywood's favourite mother Reema Lagoo, who had worked in both Hindi and Marathi cinema, passed away early hours of May 18 of a cardiac arrest in Mumbai. The veteran actresses breathed her last a little after 3 am. Reema Lagoo, who was 59, had been taken to the Kokilaben Hospital. Her last rites will be held later today.

Reema Lagoo's son in law informed that the veteran actress was complaining of chest pain late night. They took her to hospital around 1 am. She passed away due to a heart attack around 3.15 am. Her family is completely in shock as Reema Lagoo was perfectly fine and had no health issues.

Reema Lagoo has starred in several Bollywood films. She worked with top stars like Salman Khan, Shah Rukh Khan and Akshay Kumar.  She was survived by her daughter Mrunmayee who is also an actress.

Many Bollywood celebrities took to their social media to offer their condolence. Amitabh Bachchan, Rishi Kapoor, Madhuri Dixit, Akshay Kumar and Priyanka Chopra among others expressed their sorrow on her untimely departure.

Grew up watching d warmth & love #ReemaLagoo ji brought out on screen. Saddened by her sudden demise.Heartfelt condolences to her family...

Shocked!!! Reema Lagoo ji was one of the most lovable moms on screen!!! Rest in peace. ❤️

So so sad to hear about Reema Lagoo ji!Such a phenomenal actor & a lovely warm person! I have always loved & admired her work. Shocked!!

This is truly sad news...she was warm, gracious and an exceptional actor...I had the privilege of directing her....#RIPReemaLagoo

RIP #ReemaLagoo such a loss to art and cinema. You are and will always be our favourite screen mom. My condolences to the family. ????????

So sad so young such a legacy.. shocked https://t.co/phZ1SpOlG4

T 2428 - Just heard the shocking and unbelievable news about Reema Lagoo's passing .. such a fine talent and gone so young ! Very SAD !!

One of the most charming, kind faces on the big screen.... Reema Lagoo ji will be missed sorely. Gone too soon.

Sad to hear about #ReemaLagoo. Remember working with her as an associate director in #Rangeela.A talented actress & a warm person. RIP????

Shocked & saddened. Reema Lagoo ji will be missed. She will always be remembered for her iconic roles in cinema & on stage. RIP

Really sad news of Reema Lagoo ji being no more. Prayers for her and her loved ones. RIP ????????

We said goodbye to one another after making a promise to meet soon. That never happened . We think we have time.We don't!!Goodbye Reemaji.

So terribly sad 2hear #ReemaLagoo is no more.worked with her in so many songs n she was just the most loving soul..condolences 2 her family

Saddened to hear about the demise of #ReemaLagoo, had the opportunity to work with her...a fine actress and person.Prayers to the family ????????

So sad to hear of the passing of Reema Lagoo ji. She was Most graceful and kind. Rest in Peace.

That's really really sad!! She went away too soon!! May her soul rest in peace!! https://t.co/pnzAGXeCYC

#ReemaLagoo ji, you will be hugely missed! Strength and courage to your family and friends. RIP

Tu tu main main to hum saath saath hai-you will be missed https://t.co/NxSlgFfeID Reema Lagoo???????? my condolences to the family.

Really sad to hear about the sudden passing away of Reema Lagoo. Like many actors, I also had the privilege of playing her son-RIP ????????

RIP #ReemaLagoo , you will be missed. Thoughts and prayers with the family.

Terrible news .. losing a whole generation of talent ..Such tremendous loss of a beautiful person and great performer #RIPReemaLagoo ji ????????????????

Sad to hear of Reema Lagoo's passing. Condolences to her family.

Sad to hear of the sudden demise of #ReemaLagoo ji.. grew up watching her on screen .. condolences to the family .. #RIP ????

Saddened. RIP #ReemaLagoo. She radiated talent, beauty and such warmth. She will be missed. Condolences to her family.

Saddened to hear about the demise of the fine actress #ReemaLagoo. May your soul rest in peace.. You will be missed.

#RIPReemaLagoo You made every role so memorable. You will truly be missed. I consider myself lucky to have had a chance to work with you.