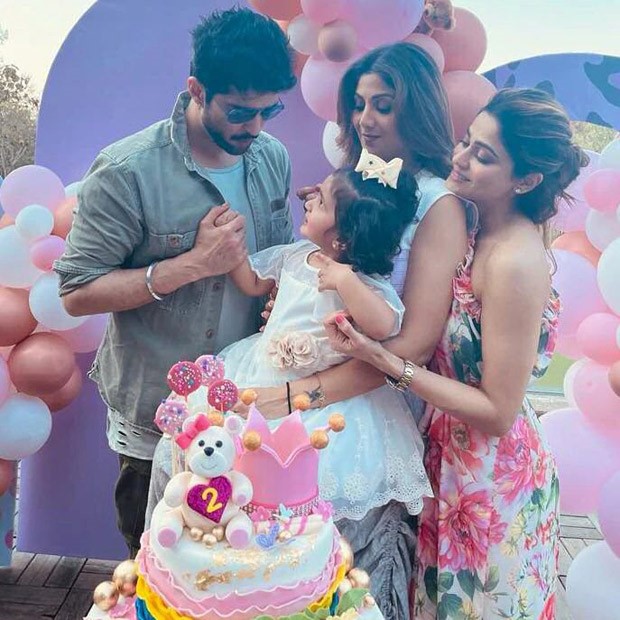 Daughter of Shilpa Shetty and Raj Kundra turned two and they celebrated her birthday on Tuesday. Along with Shilpa and Raj, son Viaan, sister Shamita, mother Sunanda Shetty and Raqesh Bapat became the part of birthday bash. 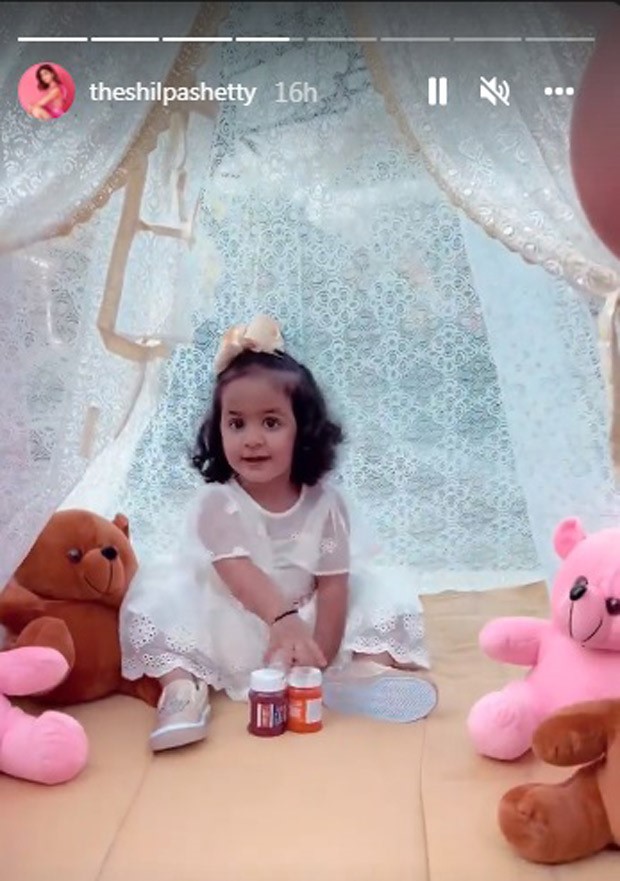 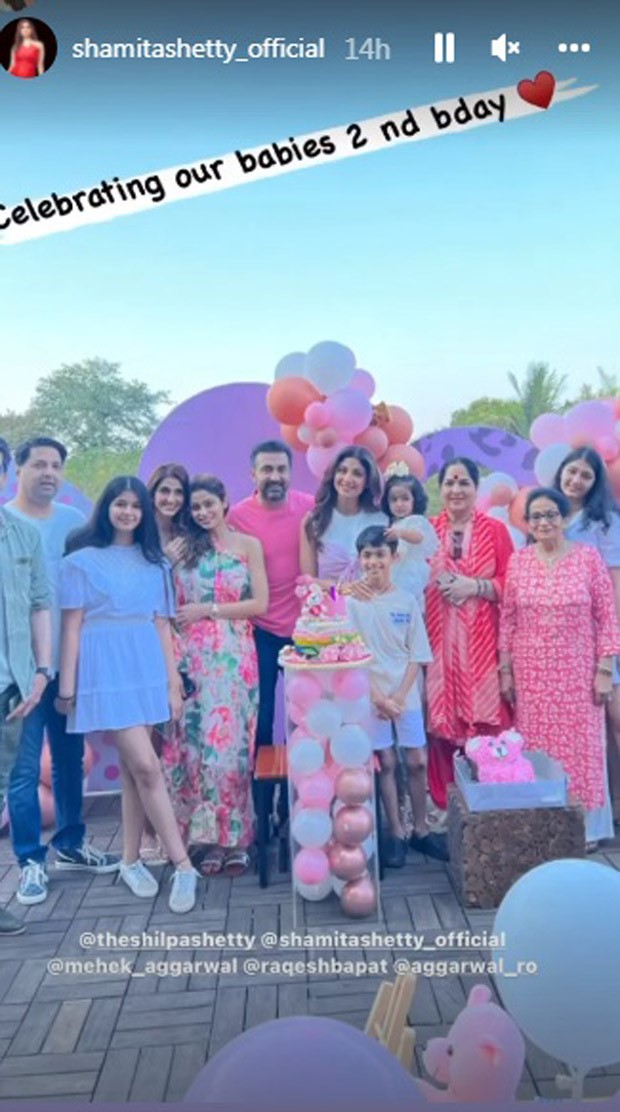 Shilpa Shetty shared several photos and clips on her Instagram stories, where Samisha & Viaan were seen playing inside the tent and Raj Kundra was spotted taking the pictures.