Sidharth Malhotra and Kiara Advani, both of them have two releases this year, began shooting for Captain Vikram Batra biopic titled Shershaah earlier this month. The film is produced by Karan Johar and Shabbir Boxwala production is directed by Vishnuvardhan. The film has finally completed its first schedule. 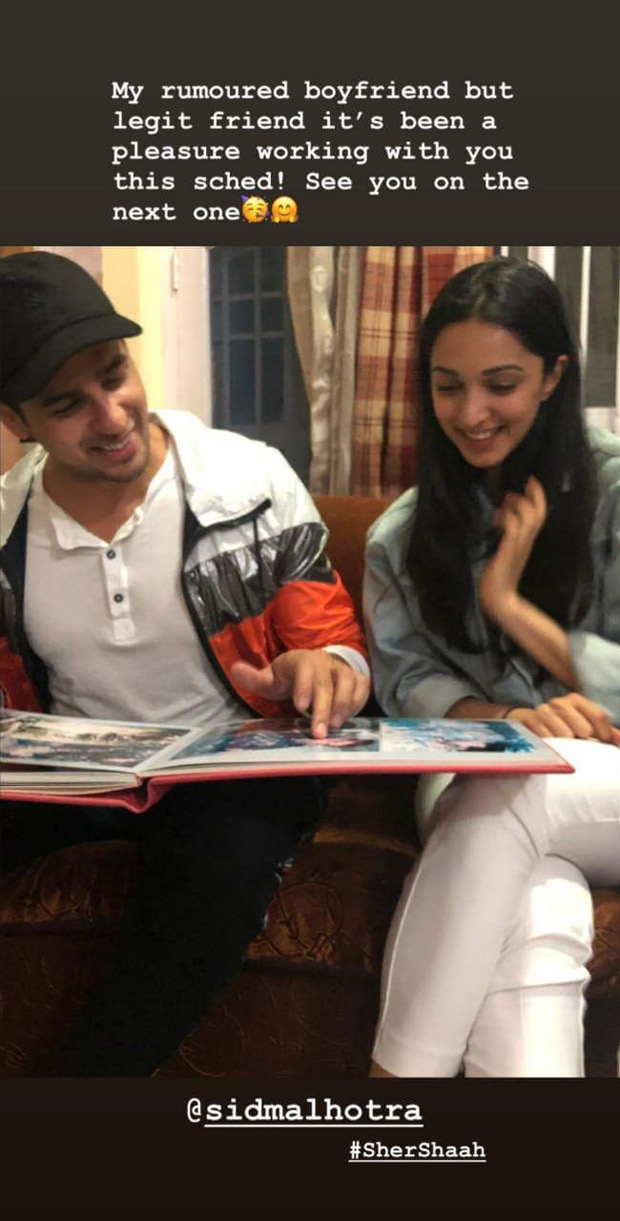 It is known that Kiara Advani and Sidharth Malhotra have been rumoured to be dating but both of them have denied the speculations. The actress decided to take a jibe at those reports and bid adieu to her 'rumoured boyfriend but legit friend' in a heartfelt post after the schedule wrap. She shared a candid photo and captioned it, “My rumoured boyfriend but legit friend its been a pleasure working with you this shed! See you on the next one.”

Shershaah will be shot for 70 days across Chandigarh, Kashmir, Ladakh and Palampur.