Debutant actress Sharvari has a big year ahead as she will try to win over audiences as a heroine with two huge projects, Kabir Khan’s directorial The Forgotten Army and YRF’s much-awaited sequel to Bunty Aur Babli. Sharvari plays the lead actress in The Forgotten Army in which she plays a key member of the famed Azad Hind Fauj or The Indian National Army (INA) that fought against the British in a bid free India. Sharvari reveals that the shooting process was enormously physically challenging and that she has literally given her ‘blood, sweat and flesh’ for the project. 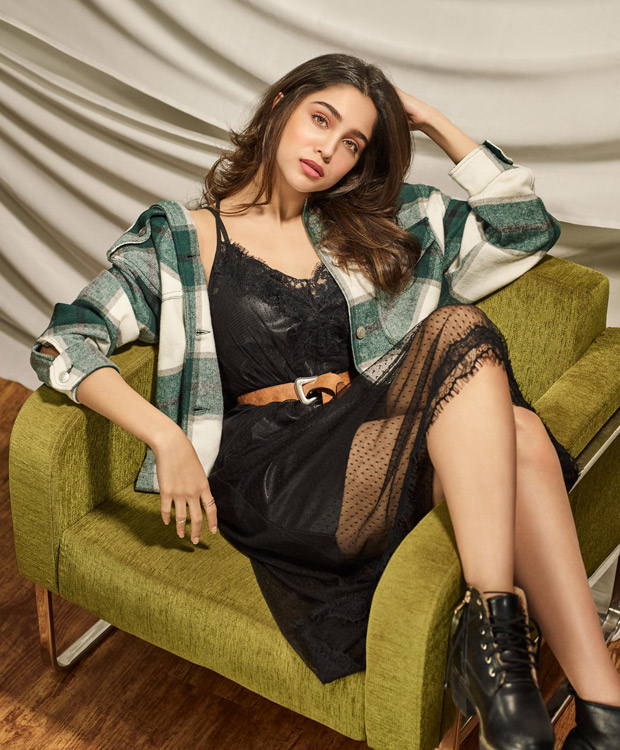 “I think the entire team has given their blood, flesh and sweat for the project - The Forgotten Army. It was a demanding shoot and the entire cast, men or women, had to endure the same level of physical challenges that pushed us to our maximum and tested our will power. There were no shortcuts for anyone and none of us expected to have it either,” Sharvari says.

Sharvari has trained with around 100 girls from the National Cadet Corps to get into the skin of her character and train herself physically for the role. Her training was intense as she learnt how to use a rifle and bayonet charges, how to hold the rifles at all times, while at war or at ease and learnt body postures while shooting the rifles. On the shoot, Sharvari fired real rifles with shell cases but without bullets and it used to have a massive recoil on the shoulder and throw sparks in one’s eyes.

“I remember that my hands got cut every single day when I was firing the real rifles. Every time we had to put bullets (cock the rifles) into those rifles, flesh would be pulled out of our hands because we were using the ones from the era,” she says.

The shoot was in incredibly challenging terrains and Sharvari and the team crawled in hay and sand under iron bars and were also made to do hurdle jumps on a set of iron bars. The team had to walk through difficult terrains like hills, rivers, etc while it was pouring. Sharvari, particularly, had to run in a jungle, jump over fallen trunks of trees, cross rivers, and go uphill and downhill in real jungles. The shooting required her to be dropped from a harness into a river and she also tumbled down hills without harness in rain and mud!

“Between all the fight sequences, our intense training sessions and the challenging landscape in which we did our action sequences, it was gruelling for us but it didn’t matter. We were getting to tell everyone the untold story of the Indian National Army who laid down their lives to fight against the British and we had to be extremely authentic in showing how much they endured for their motherland,” says the young actor.

Sharvari says she took inspiration from her character in the project to endure and overcome the intense shooting process. She says, “Kabir sir was clear to us that we had to give our 200 percent and I relished that challenge. For me, I simply channelized Maya in me. Whenever we had a physically challenging shoot, I thought what would Maya do in this situation and slowly all the pain, all the bruises, all the drops of blood seemed insignificant. It is so inspiring to know how much this forgotten army endured and we have tried our best to honour them with all our heart.”