Actor Sanjay Kapoor’s daughter Shanaya Kapoor has reacted to the news of Aryan Khan's bail verdict by sharing some photos with the latter. Shah Rukh Khan's 23-year-old son was arrested earlier this month in a drugs-related case by the Narcotics Control Bureau (NCB). The Bombay High Court granted him bail on Thursday. 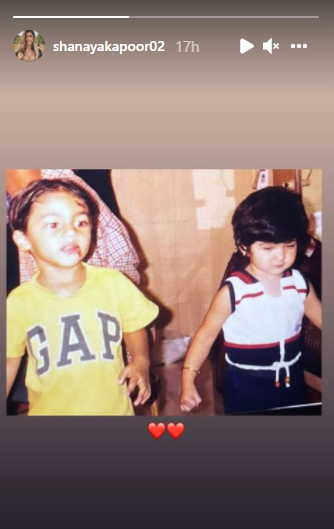 Following the news, Shanaya took to her Instagram Stories and shared a picture from their childhood. In the picture, Aryan and Shanaya walked side-by-side. While Aryan wore a yellow T-shirt with bruises on his face, Shanaya was seen in a white and black outfit. She shared the picture with a couple of heart emojis. 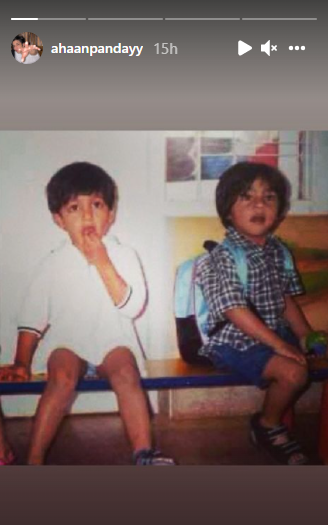 Shanaya is close friends with Aryan and his sister Suhana Khan. The trio also shares a close bond with Ananya Panday, who was recently questioned by the NCB after her WhatsApp messages with Aryan came under the scanner. 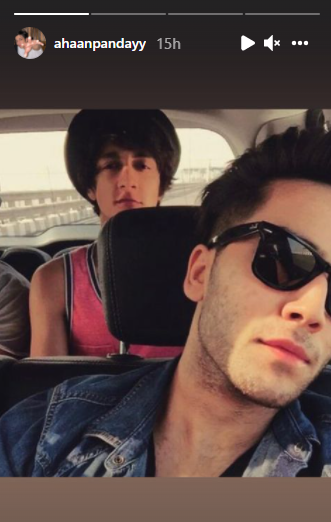 On the other hand, Ananya Panday's cousin Ahaan Panday has also shared pictures with Aryan Khan and Arbaaz Merchant after the duo was granted bail. Ahaan shared pictures ranging from their days in school to more recent ones. In one picture, Aryan wore a blue uniform with a school bag on his back. In another, Arbaaz was seated in the passenger seat of the car while Ahaan posed with him in a selfie. The third picture was taken in a washroom. Aryan appeared to be washing his hands while Ahaan seemed to be covered with white cream. The last one featured Ahaan and Arbaaz posing for the camera. 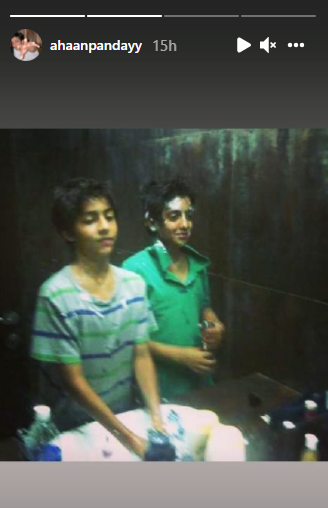 Aryan and Arbaaz were arrested, along with six others, after a raid by a team of the NCB on a Goa-bound cruise earlier this month. They were arrested on October 3 and were lodged at the Arthur Road Jail, in Mumbai, on October 8. Aryan was granted bail three weeks after he was lodged.

Aryan, Shah Rukh and Gauri have been receiving support from their friends and family in the industry. While Shah Rukh and Gauri were visited by Salman Khan and his sister Alvira at Mannat soon after the news of Aryan's arrest broke, Bollywood celebrities such as Pooja Bhatt, Hrithik Roshan and Suniel Shetty extended their support to the family through social media posts and interviews.

Also Read: Shanaya Kapoor knows what to do when life gives her lemons- make it fashion!