Ranbir Kapoor is playing a larger-than-life film hero for the first time in his career with the action entertainer Shamshera. Ranbir, who is coming to the big screen four years after he delivered the blockbuster Sanju, is seen alongside Sanjay Dutt and Vaani Kapoor in Yash Raj Films' next production. This marks the first time Ranbir and Sanjay are working together, though the former starred in Dutt's biopic. 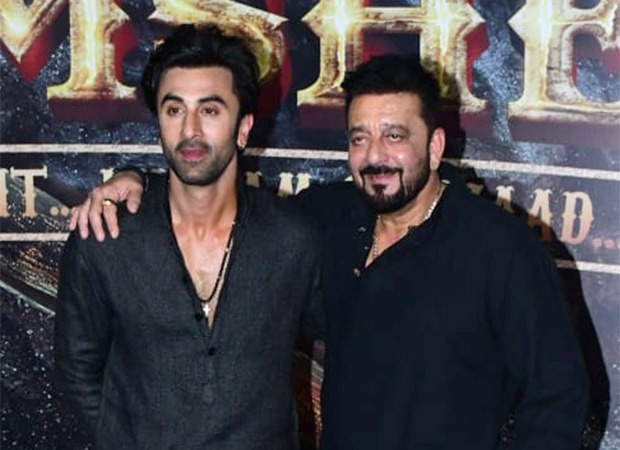 Shamshera Trailer Launch: Ranbir Kapoor says Sanjay Dutt is being ‘too modest’ after being praised for playing negative roles

Interestingly, Sanjay Dutt has been riding high on the success of KGF: Chapter 2 in which he starred as the villain Adheera. At the trailer launch event, when asked how he always manages to crack the negative roles, he said, "I don't crack it, the director does it."

Ranbir was quick to say, "He (Dutt) is being too modest. You put him as a hero, as a villain, as a chacha, as a son. He will crack any character because of his aura and personality. He is so amazing."

Sanjay Dutt said that it is fun to play these negative roles. "I am so happy that I worked with Karan(Malhotra), he has got his things fixed in his mind. He loves making these high-octane films and I am the happiest that Ranbir is doing Shamshera. This is what I was dreaming about is to see him in a film like this and I hope he keeps doing it," said the Shamsher actor.

The high-octane, adrenaline-pumping entertainer is set in the 1800s in the heartland of India. Ranbir Kapoor plays Shamshera in the film! Sanjay Dutt plays Ranbir’s arch-enemy in this huge casting coup and his showdown with Ranbir will be something to watch out for as they will ferociously go after each other with no mercy. Directed by Karan Malhotra, this action extravaganza has been produced by Aditya Chopra and is set to release in Hindi, Tamil, and Telugu on July 22, 2022.