Shahid Kapoor and Kiara Advani are coming together for the first in an upcoming film, Kabir Singh. The film is the Hindi remake of Telugu blockbuster, Arjun Reddy. The cast is currently in Delhi shooting for the film and are having a gala time whilst shooting in chilly weather. 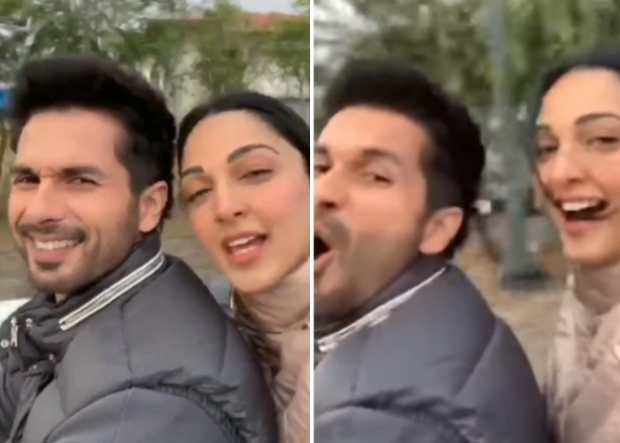 On Wednesday, Kiara Advani shared a video of herself enjoying a bike ride while Shahid Kapoor drove it. The two of them were covered in jackets in the video. Shahid is heard saying, "Hello, it's too cold."

A week ago, Shahid Kapoor and Kiara Advani filmed scenes at Miranda House & Kirorimal College amid massive fanfare. The 25-days Delhi schedule will include Shahid filming at 8 different colleges. After the Delhi schedule, Shahid and Kiara will be heading to Mussorrie to shoot a romantic song during their 5-day schedule. This will mark the wrap up of the film.

Shahid Kapoor and Kiara Advani, last year, featured in a music video which was a reprised version of ‘Urvasi Urvasi.’