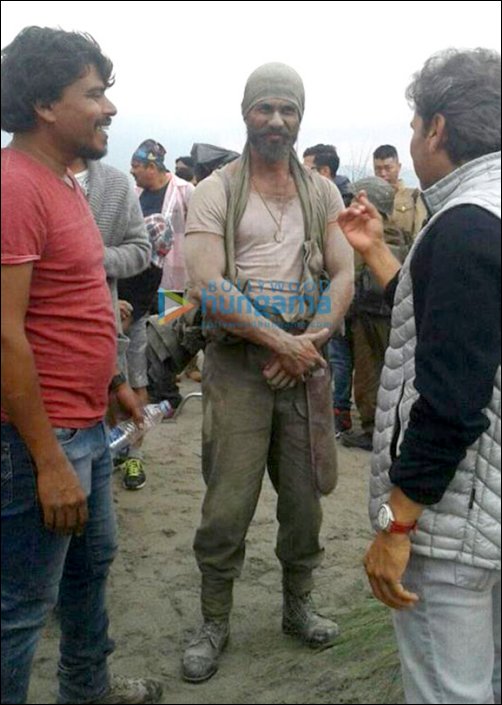 Ever since the time the Vishal Bhardwaj directed Rangoon got announced, it has been making news for all the right reasons. Be it the unique and never-before casting of Saif Ali Khan, Shahid Kapoor, and Kangana Ranaut in the lead roles or the 'time-to-time' update about the cast and crew and their costumes. And because of the fact that Rangoon happens to be a period romance drama film, costumes play an important role in the film.


This time round, we bring to you a picture of totally rugged and muddy Shahid Kapoor that was clicked on the sets of the film which he had posted on his Instagram account. Terming the present shooting schedule to be the most demanding and exhausting schedule of his life, he captioned the image as "Finally back after the most demanding and exhausting sched of my life. #rangoondiaries".


Readers maybe aware of the fact that while Shahid Kapoor plays a soldier in the film, Kangna plays Julia (a Broadway star in the film). Readers may also note that Kangna Ranaut took immense efforts to learn ballet, sword fighting, and horse riding for Rangoon.