The cast of Ali Abbas Zafar directorial Bharat gets bigger as Jackie Shroff joins the team as Salman Khan's father. The director has confirmed the senior actor to step in as the father of Salman Khan for the period film. Bharat depicts the eternal bond shared by a father and son, which is quite evident in the teaser. Dropped on Independence Day, the teaser spread like a wild fire creating frenzy across quarters raising the anticipation for the film. 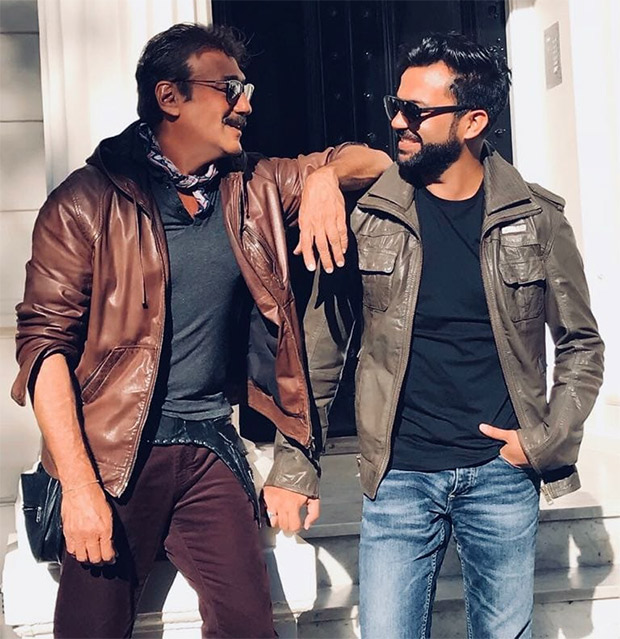 Talking about Jackie Shroff, director Ali Abbas Zafar shares, "We met Jaggu da in London and discussed his dates and looks. I have wanted to work with him for a long time as I feel he is the perfect amalgamation of a star and actor. I was very glad as Jackie sir instantly agreed with the story to do the film in just 20 mins of narration."

The film that traces the journey 60 years, boasts of an ensemble cast with names like Salman Khan, Katrina Kaif, Disha Patani, Sunil Grover, Tabu and Jackie Shroff. After wrapping the first schedule in Mumbai, the team has recently concluded the second schedule in Malta. The cast has been sharing pictures from the sets piquing the interests of the audience for the much anticipated film.

Bharat shot for a grand circus sequence in the first schedule with a song choreographed by Vaibhavi Merchant featuring Salman Khan and Disha Patani.  The film showcases Disha Patani as a trapeze artist and involves action sequences and stunts with fire for which the actress geared up months before the film went on floors. Pictures of Salman Khan doing daredevil stunts on a motorbike amidst a ring of fire in the circus set up added to the excitement of the film.

Recently, Salman Khan shared a still featuring him and Katrina Kaif which looked straight out of a fairy tale, which became the talk of the town in no time.

Bharat's release brings back Salman Khan and director Ali Abbas Zafar for an Eid release after the 2016 Blockbuster Hit, Sultan. The hit director-actor duo will be marking a hattrick with Bharat after their last outing Tiger Zinda Hai.

Salman Khan will yet again treat the audience on the festive season of Eid next year with the release of Bharat. The film will feature Salman sporting five different looks spanning 60 years, wherein a crucial part will showcase the actor in his late 20s, looking much leaner and younger. The film is set to have a character-driven story spanning across many periods. Bharat will be shot across exotic locations in Malta and Abu Dhabi, besides Punjab and Delhi.

Also Read: EXCLUSIVE: No! Salman Khan and Katrina Kaif are NOT getting married in this scene from Bharat!