In last night’s episode, the Oswal family was seen recouping from the shocking revelation made by Yamini Devi. The latter not only announced that she is Gopi Oswal’s second wife but also that she has been working with Simar. Unaware of her identity, Simar considered her, her Guru and continued learning music under her wings. Moreover, Aarav confessed that he was the one who persuaded Simar to fulfill her dreams. What will Geetanjali Devi do? 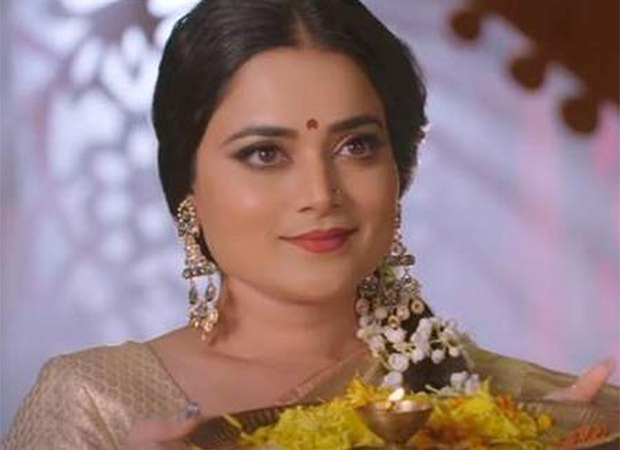 Sasural Simar Ka 2 – What will be Yamini Devi’s next move?

In tonight’s episode, Aarav tries to get hold of Dhami and tries to choke her in his anger of ruining Badi Maa aka Geetanjali Devi’s birthday. But Vivaan sees him and stops him. Vivaan asks Aarav to calm down. He also informs him that Simar has left. Meanwhile, Simar and Aditi reach Narayan house. Simar goes to Samar’s room furiously. She asks him to leave her house immediately and a furious Samar packs and leaves. Simar cries in front of Matarani as she feels extremely guilty of hurting her Badi Maa. Geetanjali Devi goes to see Simar. She lovingly keeps her hand on her granddaughter-in-law’s head. She tells Simar that she is not upset with her and that she is free from the bad memories. On the hand, Yamini Devi hand over the ‘ganda bandhan’ to Samar out the Narayan house and tells him that the real war has just stared!

Does Geetanjali Devi know Yamini’s intentions? What will Yamini Devi do to destroy the Oswal family? Does Simar know that a war is brewing? Will she be able to save her beloved Aarav and her family before they are completely destroyed? Will Reena be able to support her sister in this battle?

To know more, watch ‘Sasural Simar Ka 2’, every Monday to Saturday at 6:30pm only on COLORS!