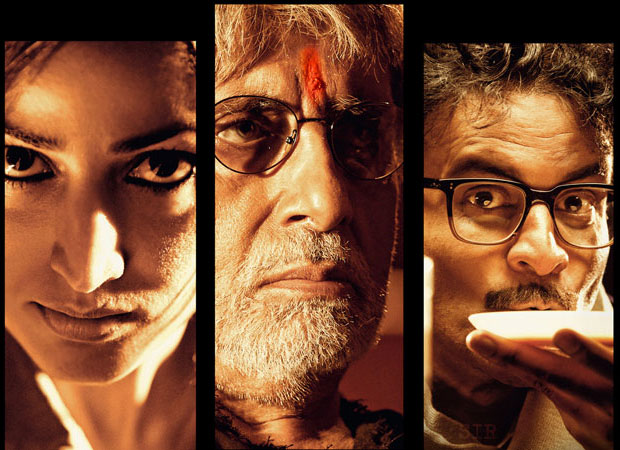 Mr Ram Gopal Varma and Mr Amitabh Bachchan held a screening of ten minutes of Sarkar 3 at a preview theatre in Mumbai today evening. The promos have already ignited a tremendous curiosity and this ten minute clip has further fuelled interest in an eagerly awaited film. The ten minute show reel was a combination of some key sequences and characters from the film and every clip provokes attention.

Subhash Nagre continues to be a non conformist who believes in himself more than anything else even though his beliefs may be contrary to the ideals of the biggest sages of India including Mahatma Gandhi. He dismisses the business offer of a goon who's ironically named Gandhi as he believes that this deal will affect the poor people adversely. He not only dismisses the deal, he also issues a warning that he wouldn't allow anyone else to go ahead with the deal either. There's symbolism in play as the cup is placed in the middle of the saucer.

Manoj Bajpayee's idealistic Deshmukh humiliates Subhash Nagre and dubs him as an anti thesis of what Mahatma Gandhi stood for. Nagre maintains his composure even though his grandson Shivaji (Amit Sadh) is blood thirsty. Ronit Roy is stoic and well balanced and plays an ideal foil to Mr Bachchan's brilliance. Mr Bachchan is in excellent form and is every bit the iconic character that has come to be associated with him. I asked him about how the voice is crucial in instilling fear and what was his preparation for maintaining a uniform thrilling voice. Mr Bachchan explained how he already had a reference point in the past two films and how since he has aged from the last two films, the voice had to age as well. He also explained how he discussed with RGV to decide what the texture of the character's voice should be.

The upbeat response from senior journalists today to the ten minute clip of Sarkar 3 is an indication that the film shall be getting a thumbs up from the ticket buying audience too. We shall find out on May 12.