Sara Ali Khan and Ranveer Singh are the fresh new pair who have got our attention! They are coming up with Simmba directed by Rohit Shetty and by the looks of the trailer and promotional song, the film seems to be a treat to all the commercial cinema goers. While Ranveer is in form, thanks to his latest marriage with Deepika Padukone, Sara has been making news with her witty interviews and has become the Internet’s darling even before the release of her first film. In her latest interview, she spoke about her first film Kedarnath, her second film Simmba which is releasing soon and her co-stars! While talking about Ranveer, she said that the lead actor of Simmba has been talking a lot about how he is so lucky to have landed the most gorgeous girl in the world. 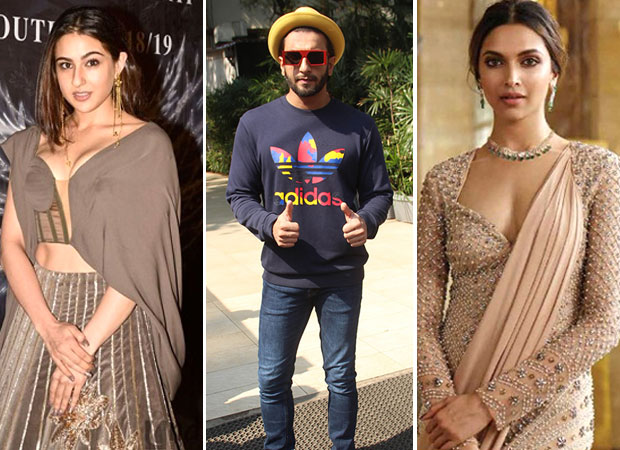 She also added that it is endearing to see what Ranveer and Deepika Padukone have together and it just makes it so so special. She also said that they are both very happy with each other and not to mention look STUNNING in each other’s company. Ranveer said at the Simmba trailer launch that while he enters like a roaring lion on the sets of his movies, at home he is a scared kitten in front of his wife. Now, that is very cute na! Ranveer also mentioned that he is working towards becoming husband of the millennium after becoming the best boyfriend.

After Simmba, Ranveer will be seen in Zoya Akhtar’s Gully Boy. He also has the Kapil Dev biography ‘83 with Kabir Khan in the pipeline!

Also Read: Sara Ali Khan THANKS mother Amrita Singh for giving her the perfect upbringing and here’s what she thinks