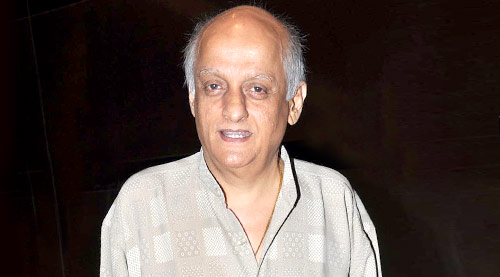 He has been making movies for over a quarter of a century and has more than 50 productions to his name. Always in lookout for reinvention, he has managed to keep his banner Vishesh Films afloat even as the corporate world has expanded its wings all around. Mukesh Bhatt, who along with brother Mahesh Bhatt has been the architect for the largest number of film franchises, could well be bringing on another addition in the form of Khamoshiyan, even as he continues his long standing association with Fox.

You are not someone who backs anything and everything that comes your way in the name of being just different. There has to be something special for you to lend your name. What was that about this film?

Khamoshiyan has a very unique script. The story was something that appealed to me very strongly. I thought that this had to be told by a new and young director who could do something with young actors. There had to be something unique and fresh about the treatment. The film gives (director) Karan Darra an opportunity to try something new in terms of acting and music. It brings on an element of fragrance and freshness which cannot be purchased; it comes with its own terms and terminology. That is what appeals to the audience.

So is Khamoshiyan the first step towards reinvention of Vishesh Films?

See, we have the talent to spot talent; not many people have that talent. We know the value of diamond and uncut diamond. Humein pata hai ki actor ko kaise present karna hai. Sapna has a very charismatic presence, she is very versatile. She is a star to reckon with after Bipasha (Basu) and Kangana (Ranaut). Not just her, even Gurmeet (Chaudhary) is a star; you can take it in writing. He has all the qualities that make for a good actor with a very good screen presence. He is so dedicated, is an extremely good dancer and is extraordinary in action sequences. He has everything that is needed to be superstar.