The biopic on Sanjay Dutt is known for its share of flaws and mistakes that the superstar uninhibitedly accepted over the years. As mentioned in many stories and articles before, Sanjay Dutt – the star kid of legendary actors Sunil Dutt and Nargis, was more in news for his personal tribulations than his films. From being a possessive boyfriend to a drug addict, his life story has often acted as fodder to gossip columns. Here’s another incident that involved a superstar, who is no more – we are talking about Rajesh Khanna! 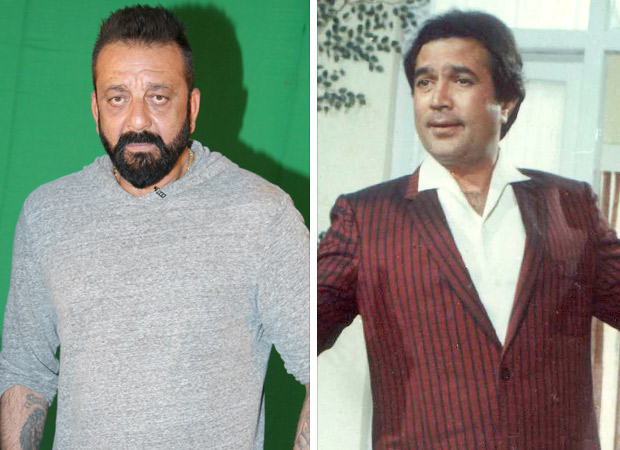 The book on the actor, ‘Sanjay Dutt – The Untold Story of Bollywood’s Bad Boy’ has explored his tremulous relationship with Tina Munim ever since he met and fell in love with her on the sets of his debut film Rocky. But Sanjay Dutt was a possessive boyfriend. He had already created a scene when Tina was shooting with Rishi Kapoor for Karz. But when his drug addiction got worse, his relation with the actress too bore the brunt of it. His relationship saw a downfall. That’s when Tina signed a film with Rajesh Khanna,

Rajesh Khanna and Tina Munim came together for Souten which revived Rajesh Khanna’s failing career. But followed by that, media reports once again became abuzz with reports of their affair. Whether it was the philandering ways of the then superstar Rajesh Khanna or the failing relation between Tina and Sanjay, the media was just feeding on their alleged love affair gossip.

The possessive streak of Sanjay Dutt combined with his addiction, not only made him angry but he also went on public record to insult Tina. “Take my relationship with Tina for instance. The whole world knew she was fooling around with everybody, making a chu… out of me, but I behaved like a blind man and defended her totally. Of course at the end of it, when our relationship was over and her affair or whatever with Rajesh was brought out in the open, I felt like a fool. I felt used. I knew I was the laughing stock of the industry. Everybody was laughing at me,” said one of his statements, according to the book.

But this fight didn’t end at that! Despite their breakup, Sanjay Dutt had once taken off to Mehboob Studios where Rajesh Khanna was shooting, to bash him up. “It had happened soon after Tina had walked out on me. I don’t know what got into me that day. But I was just seized by anger… I couldn’t bear the fact that someone had walked out on me. So in anger, I swore to get Rajesh. I drove to the studios where he was shooting. He came out and sat on a chair. I too pulled up a chair right in front of him and sat down bang opposite. Then I kept staring at him and he got totally psyched. I would have walloped the fucking shit out of him. But he just sat still. Lucky for him.” Sanjay was quoted in the book.

Such was the impulsive man who later went on to be popularly known as Khalnayak!

Also Read: Sanju Diaries: When Sanjay Dutt hallucinated that his father Sunil Dutt was on fire