For quite some time now, reports are abuzz with news that Rinzing Denzongpa, son of Danny Denzongpa will be making a debut in Bollywood soon. And not too long ago we had reported that Kabhi Khushi Kabhie Gham actress Malvika Raaj will be seen romancing the star kid in his debut film Squad.  And now it seems that Sanjay Dutt who is excited about his nephew Nilesh Sahaya collaborating with them in this forthcoming project. 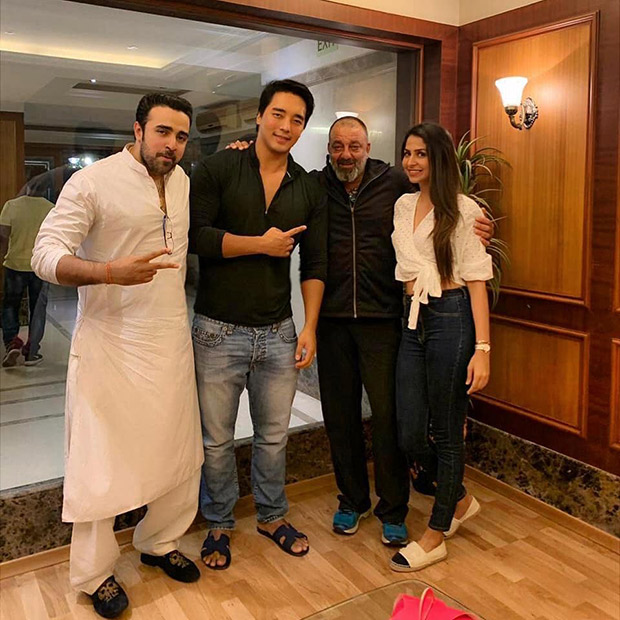 Sanjay Dutt took to Instagram to share this picture with Rinzing Denzongpa and Malvika Raaj along with his nephew Nilesh Sahaya. The actor shared a picture with the trio wherein he said, “All the best Malvika, Rinzing and Nilesh for your new project!” hinting at Squad. Although Malvika Raaj did briefly describe about the film in earlier reports, details of Nilesh’s association with the film is currently being kept under wraps.

All the best Malvika, Rinzing and Nilesh for your new project!????????

In prior reports, Malvika Raaj had expressed her excitement of collaborating with Rinzing Denzongpa whom she has known since childhood. The actress, who played the role of younger Poo aka Pooja in Kabhi Khushi Kabhie Gham, had said, “We were in the same school and grew up in the same social circle. When we were young, we even attended each other’s birthday parties so now sharing the screen with him is going to be a lot of fun,”