Sports films or rather biopics on sports personalities are the flavour of the season in Hindi films and with few exciting films announced on sports and sportsmen, a new story is all set to roll with young Sooraj Pancholi playing none other than legendary boxer Hawa Singh who was better known as the Father of Indian Boxing. 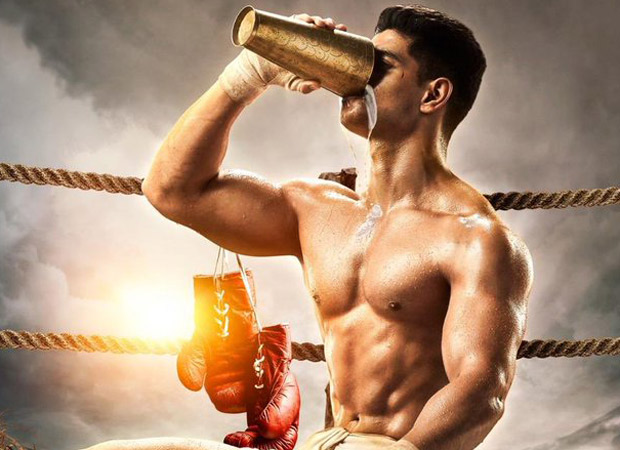 Based on the true story of the iconic heavyweight boxer, the film will be directed by Prakash Nambiar while it will be produced by Sam S Fernandes and Kamlesh Singh Kushwaha. The first look of the film that will go on floor soon, was unveiled by none other than Bollywood superstar Salman Khan on his Twitter handle. The superstar seems mighty impressed by Sooraj for getting into the mind space of Hawa Singh and working on his body for the brawny look required in the film. Salman wrote... "Hawa se Baatein Karega Singh..."

The picture shows Sooraj in a new light. Or should it be said 'does not show' Sooraj at all?  His confidence in and his connection to the Father of Indian Boxing is evident in the poster where the actor is all beefed up but the earthy milieu of the film set in Haryana is in greater focus rather than Sooraj himself. The young actor has surely aced the look of Hawa Singh for the film.

Talking about the film and casting Sooraj as Hawa Singh, director Prakash Nambiar says "When I heard the inspiring journey of a young boy from Umarwas to becoming a legend of Indian Boxing, I was moved to the core. It was a story that had to be told.”

“When we were going through the possibilities of who can play Hawa Singh, we met Sooraj. We gave him a small brief and when he came back a couple of days later all prepared for the part, we didn’t see Sooraj, we saw Hawa Singh!"

Hawa Singh, a recipient of the Arjuna Award and the Dronacharya Award, had dominated Indian and Asian Boxing in his weight class for a decade. He won the Asian Games Gold medal in the Heavyweight category in consecutive editions of the Games at the 1966 and 1970 Asiads, a feat unmatched by any Indian boxer till date.

Hawa Singh also created a record of being the Indian Heavyweight Boxing Champion for a consecutive 11 years from 1961 to 1972. He is the only boxer, possibly in the World, whose three generations have excelled in Boxing.

The biopic of the celebrated boxer, that captures Hawa Singh's journey from a naive village boy to a legendary figure in the world of boxing - is a keenly anticipated film this year and Salman Khan's tweet seconds that.

Let's keep a close eye on Sooraj and Hawa Singh.