Akshay Kumar is globally addressed as Khiladi Kumar for multiple reasons, one of them being that he is a black belt in Karate and does his own high-octane stunts to date, unlike most of his colleagues. Just like her father, Nitara also holds a keen interest in martial arts and Twinkle Khanna took to her Instagram to share an adorable picture of the duo. 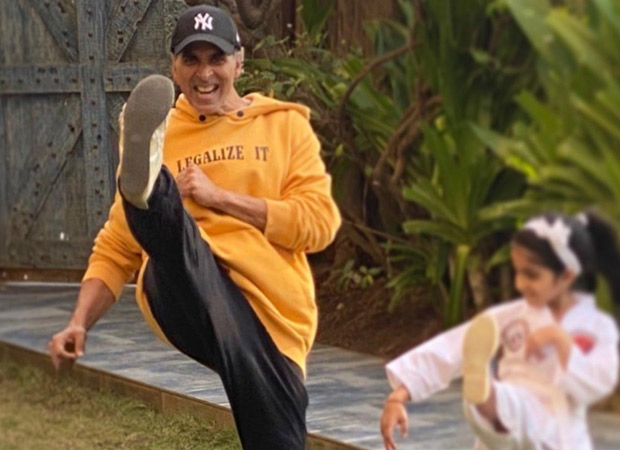 Akshay Kumar helped Nitara practice her moves before she headed out for the exam and the picture has been winning hearts all over Instagram. Akshay is seen posing with a high-kick while Nitara follows suit. Twinkle posted the picture with the caption, “One last kick before she leaves for her first karate exam. #karategirl”

One last kick before she leaves for her first karate exam. #karategirl

Akshay Kumar, on the work front, will be seen in Sooryavanshi, Laxmmi Bomb, Prithviraj, Bachchan Pandey, and Bell Bottom.

Also Read: Akshay Kumar shares a video of Katrina Kaif sweeping the floor on the sets of Sooryavanshi