Actress Jacqueline Fernandez who is currently shooting in Sonmarg for Race 3 shared an adorable picture of hers with Salman Khan. The picture showcases Salman Khan wearing a black Sando, displaying his muscular physique and on the other hand Jacqueline Fernandez covered up with Jackets and Blankets sipping hot beverage to save herself from the freezing cold of Sonmarg. 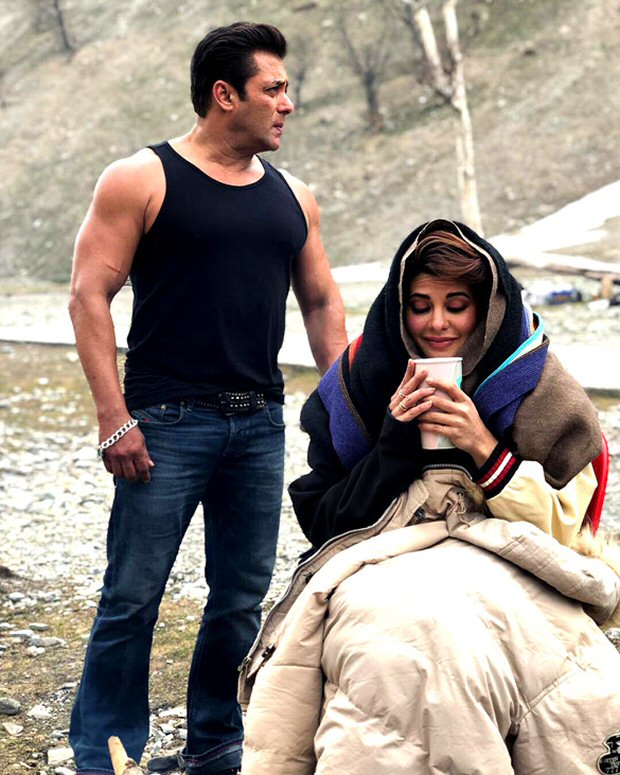 Both Salman and Jacqueline had featured earlier in a romantic number for Kick 2 titled 'Hangover', which still remains one of the most loved songs and was a chartbuster when it was released. Now the hot pair will once again mesmerize the audience with their soulful romantic track from Race 3.

Race 3 will once again bring back the super hit pairing of Superstar Salman Khan and Jacqueline Fernandez' after their blockbuster hit film Kick 2. Starring an ensemble cast of Salman Khan, Jacqueline Fernandez, Anil Kapoor, Bobby Deol, Saquib Saleem and Daisy Shah, the action thriller is undoubtedly one of the most awaited films.