For Kareena Kapoor Khan, like the way she describes, Veere Di Wedding has been a journey like no other film. The reason is as obvious as it can be. Before signing the film, Kareena was just a Bollywood actress but now that the journey has ended, she is also a mother. Starting from pregnancy to motherhood, Kareena saw the varied changes in her life as she also decided to take up the journey of shooting for this film.

Two years after her last release Ki & Ka, we see Kareena Kapoor Khan in yet another unconventional but fun role in Veere Di Wedding. The film already seems to have established a connect amongst the urban population, especially young females. And this time around, when Kareena was asked how the different phases of life affected the film and how she managed her toddler Taimur amidst the shooting chaos, the actress had two people to credit for – Producer Rhea Kapoor and hubby Saif Ali Khan. 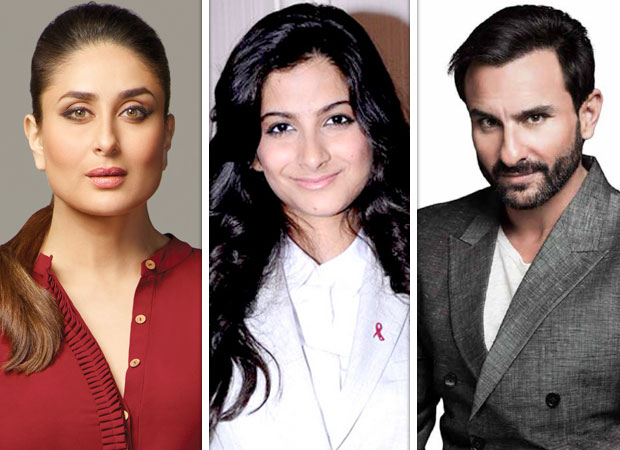 While speaking on the same, Kareena Kapoor Khan was also quick to clarify that when she signed Veere Di Wedding she wasn’t pregnant. During the trailer launch of the film, Kareena said, “Ya I am very lucky to have a husband who is so understanding and apart from him, also my producer Rhea who actually stood by me. I actually signed this film before I got pregnant. I had to call her two months later and said ‘I am pregnant. I think you need to take someone else.’ They still wanted to go with my character. I think it was Rhea’s conviction who said that we should all wait.’

Kareena Kapoor Khan also went on to add that not just the producer Rhea Kapoor but also the entire cast of the film including Swara Bhasker, Shikha Talsania and Sonam Kapoor were ready to wait for it. She thanked the team to stand up her and support her during her pregnancy and even after Taimur was born.

After the birth of her son, Kareena revealed about how Saif Ali Khan often encouraged her to get back to the routine and take up work. She added, “After that [Taimur was born], it was actually Saif who kind of pushed me and said, I think you should hit the gym and get back to the studio and take your son with you. Set an example to a lot of mothers that it is possible that you can do it.’” That was a sweet yet wise advice from the Nawab of Pataudi indeed!

Veere Di Wedding is the first chick flick and is directed by Shashanka Ghosh. The film is slated to release on June 1.