Shehnaaz Gill was among the many celebrities who attended Arpita Khan's Eid party on Tuesday. The Bigg Boss 13 star was seen wearing a stunning black sharara to the Eid event. While Shehnaaz arrived at the party alone, posing for the cameras, she was escorted out by Salman himself. The actors were photographed hugging each other as they exited the event. 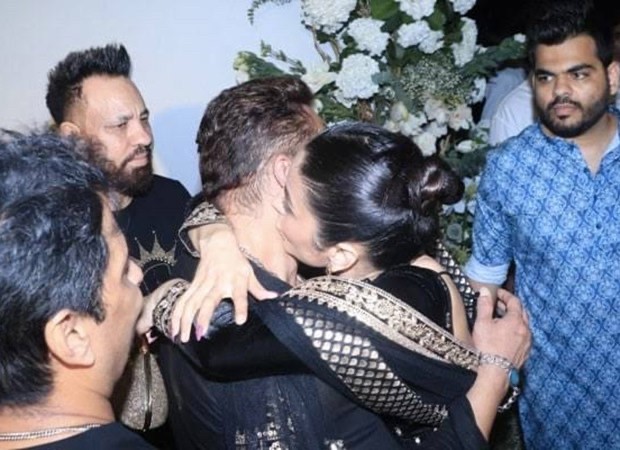 While posing for the cameras, Salman and Shehnaaz refused to separate. Shehnaaz was seen at one point having a quick conversation with Salman before hugging him. Before they parted ways, Shehnaaz gave Salman another embrace and kissed him. She also held his hand and walked towards her car. As she walked towards the car, she sweetly requested, “Chordh Ke Aau Mujhe”.

After smiling at the photographers, Shehnaaz took Salman's hand and led him to her car. "You know, folks," she told the reporters, "Salman a gentleman has arrived to drop me off at my car."

Shehnaaz and Salman made their most recent public appearance together just a few days after reuniting at Baba Siddique's Iftar Party. Salman Khan took excellent care of Shehnaaz Gill during the Iftar party. Salman compelled Shehnaaz to sit close to him for her comfort. According to an insider at the entertainment portal, the two stars spoke extensively during the Iftar, and Shehnaaz appeared delighted as Salman treated her like a family member.

Shehnaaz is also rumoured to be making her Bollywood acting debut alongside Salman in Kabhi Eid Kabhi Diwali. According to reports, the actress would be seen alongside Aayush Sharma, and when Salman Khan approached her, she immediately nodded.

Salman Khan welcomed Shehnaaz Gill as a special guest earlier this year during Bigg Boss 15's grand finale. During that time, the two became emotional as they remembered the late actor and Bigg Boss 15 winner Sidharth Shukla. Salman, too, was overcome with emotion when he met Shehnaaz and hugged her tightly. He urged Shehnaaz to resume her life, assuring her that he had spoken with Sidharth's mother.