Bharat released earlier this week and has been rocking the box office window. Starring Salman Khan, Katrina Kaif, Disha Patani and Sunil Grover, the film which has been one of the most eagerly anticipated releases, has been welcomed with open arms. In the run up to the release of Bharat, Salman Khan and Katrina Kaif were in conversation with Bollywood Hungama promoting the film, wherein they spoke not only about Bharat but also about shooting the film. In this segment, talking about an Instagram post that Katrina had added from the shoot location, the actress expressed how good a driver she is. But what caught our attention was Salman Khan’s response. 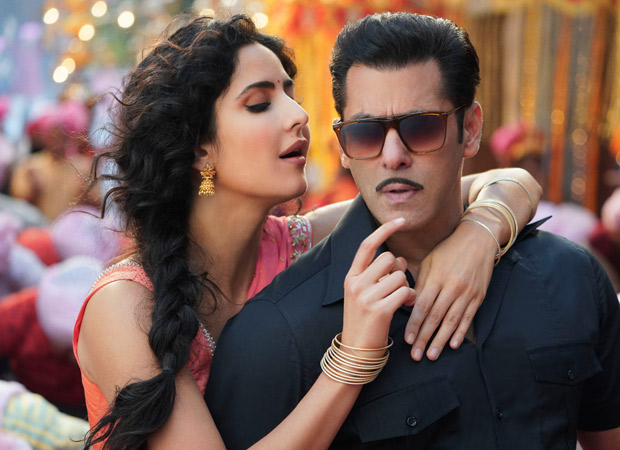 Salman Khan agrees that his Bharat co-star Katrina Kaif is good at driving, and not just cars! [Watch video]

Responding to the question whether she is good driver or not, and whether the adage ‘women are bad drivers’ is true, Salman added, “How can you say that? Ladies are good drivers they can drive you up the wall, they can drive you crazy!” Later talking about how good a driver she is, Katrina added, “I think I am a good driver. I don’t have much experience because I have a driver. But I enjoy driving.” In the same segment, Katrina Kaif also spoke about how tough the 1970s’ Land Rover was to drive saying, “That is a tough car to drive, because it is a manual and it is a very tough car to change gears, since it is very very hard, and not smooth. It is pretty tricky”.

. @BeingSalmanKhan agrees that his #Bharat co-star #KatrinaKaif is good at driving, and not just cars! pic.twitter.com/ZmqTBjRaY9

Hearing Salman Khan and Katrina Kaif talk about the filming of Bharat we are sure that shooting the film was an absolute blast. As for the film itself, Bharat, that released on June 5 has managed to rake in a staggering Rs. 95.50 crores in just three days.

Also Read: Salman Khan REVEALS about the time Arbaaz Khan wore his clothes for a DATE