Imran Khan who has been away from the spotlight for a while, returned to news when news of his happily married life going kaput started doing the rounds. Last month, reports of his wife Avantika Malik and their daughter Imara living separately started surfacing. Followed by that Avantika’s mother too confirmed that there are indeed problems between the husband and wife. And now, Imran Khan made an appearance at an event that not only left fans shocked looking at his changed avatar but they also wanted to see the actor address these reports and speculations. 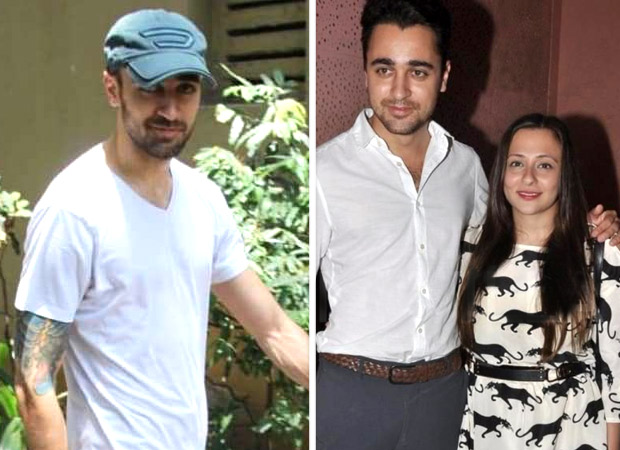 Reports of Imran Khan and Avantika Malik’s marriage hitting rock bottom definitely came as a shock considering that the couple posted many photos and videos together. On the other hand, Imran Khan too has stayed aloof from film commitments. But when the actor was snapped out the gym recently, fans were left aghast with his physique. His frail and super thin avatar has not just shocked fans but some of them have also expressed concern and worry over his weak look.

Furthermore, during an event when Imran interacted with the media later at an event, the actor was asked about the ongoing rumours of his separation with Avantika Malik.

Speaking on the same, Imran Khan refused to confirm or give out any details regarding the same. Instead, he asked the media if this is the right time to question about it. Despite that incident, Imran didn’t misbehave or was rude to the media. In fact, he was all smiles for the camera and remained calm and composed. Kudos to the actor to have handled the situation in a dignified manner we had say!

Imran Khan and Avantika Malik who were married for almost eight years, has a five year old daughter named Imara who was born in 2014. On the work front, Imran Khan was last seen in Katti Batti opposite Kangana Ranaut way back in 2015. The actor has expressed his keen interest in direction and he is expected to start with a film soon.