Saif Ali Khan is currently riding high on the success of his recent release Tanhaji – The Unsung Warrior, but the actor is not taking a break. Instead Saif is busy promoting his next release Jawaani Jaaneman that will see him share screen space with Alaya F. While the film is slated to hit screens this week, we at Bollywood Hungama came across a few stills from the sets of the film which we just had to share. The said images feature Saif’s son Taimur Ali Khan having a field day on his father’s shoulders, while the latter focuses on the shoot. 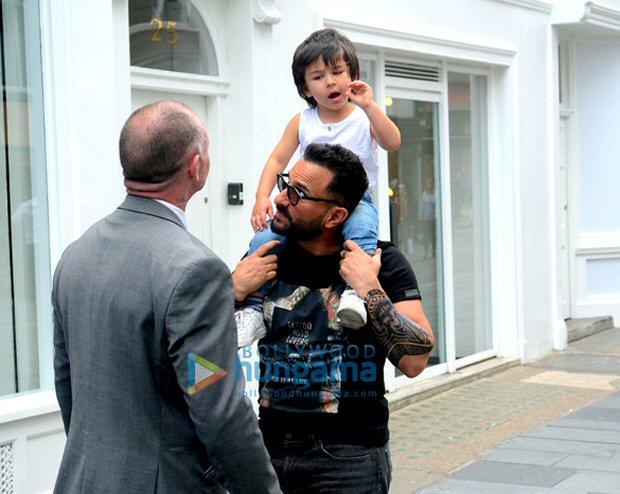 Joining the father and son duo, was Kareena Kapoor Khan who decided to take a vacation in London while husband Saif was shooting. Though Kareena made it a point to keep her work commitments back home, by shuttling between London and Mumbai, she did take time to accompany the two to shoot locations. The second image that we managed to get, features the three, Saif-Kareena and Taimur in Mayfair, London. As Saif and Kareena study the menu at what seems to be a popular spot, little Taimur seems content playing with Kareena’s sunnies. 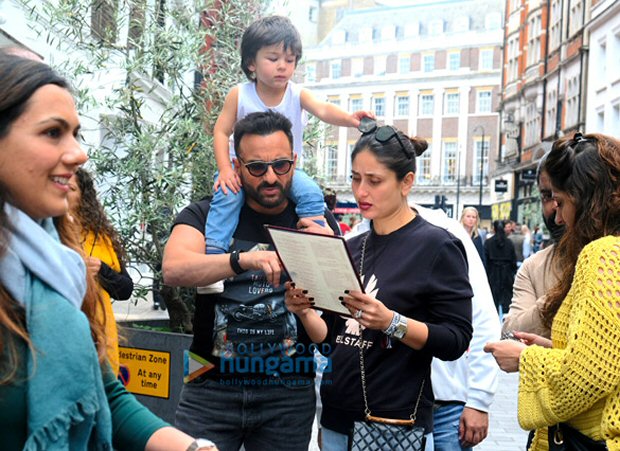