Bollywood star Saif Ali Khan has always found an appreciation for characters that are based in the heartland of India. He was brilliant in projects like Omkara and Aarakshan in which he nailed the diction too! Saif is again revisiting this space with the laugh-out-loud comedy, Bunty Aur Babli 2, in which he plays a retired con-artist turned railway ticket collector of Fursatgunj. He reveals he intermittently did diction training for two months to nail his character on screen. 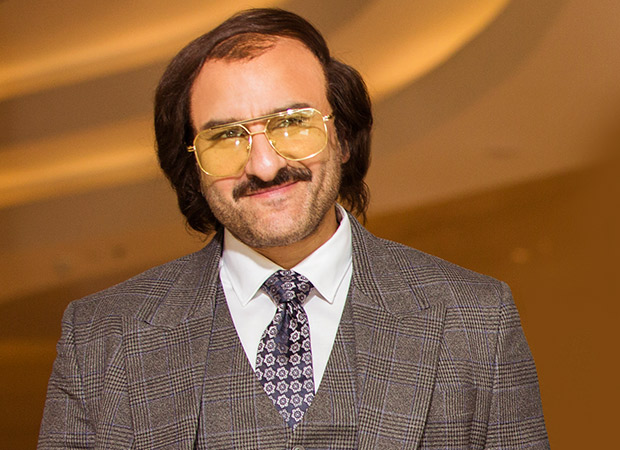 Saif says, “I have always been fascinated by the heartland of India. The characters that come out of these places are endearing, interesting, multi-layered, and most importantly quite real. I have been fortunate to have found success in projects that have been set in this belt like Omkara, Aarakshan, and even Tandav and I hope people love my effort in Bunty Aur Babli 2 in which I play a retired con-man who is trying to be happy being a ticket collector in the sleepy town of Fursatgunj.”

He adds, “I’m always up for a challenge and the fact that people are loving how I have moulded into Bunty in the film is a huge compliment for me. I took it upon myself to ensure that I land the diction perfectly in the film. I always want to get into the skin of my character so diction training is something that I went through again for Bunty Aur Babli 2.”

He further says, “I did this intermittently for about 2 months before the shoot started. I want to surprise people with every project that I pick and I’m happy that people are excited to watch the film and see how I have played Bunty in this rebooted family entertainer.”

Yash Raj Films’ Bunty Aur Babli 2, which releases on November 19, is an out-and-out comedy that will pit two sets of con-artists called Bunty and Babli, from different generations, against each other! Saif Ali Khan and Rani Mukerji play the OG Bunty Babli while Gully Boy hunk Siddhant Chaturvedi and the gorgeous debutant Sharvari, play the new Bunty Babli. It has been directed by Varun V. Sharma, who has worked as an Assistant Director in YRF’s biggest blockbusters Sultan and Tiger Zinda Hai.

Also Read: Fallout between Aditya Chopra and Abhishek Bachchan lead to the latter’s exit from Bunty Aur Babli franchise; Abhishek not to be a part of Dhoom franchise again